Goosebumps Wiki
Register
Don't have an account?
Sign In
Advertisement
in: Books, Give Yourself Goosebumps, Aliens,
and 16 more

Lost in Stinkeye Swamp
Zapped in Space is the twenty-third book in the Give Yourself Goosebumps gamebook series. It was published in 1997.

The cover illustration features a two-headed Arcturan alien standing on a space platform with a bright light shining behind it.

IT'S A SPACE JAM-MED WITH ALIENS!

Strap yourself into the console! You've just entered Madame Zapps new Virtual Reality arcade. But once you take on these virtual worlds, forget about scoring. You'll be too busy trying to stay alive!

If you're a real space cadet check out, "Adrift Off Vega" where you end up in space, fighting super-smart--and super-deadly—Arcturian aliens. Or maybe you'd like to try an Arctic adventure in "Abominable Snow Woman." But remember to pack your parka—or you could end up a human popsicle...

There are nineteen bad endings and three good endings. 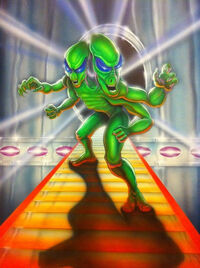 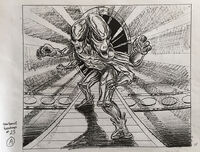 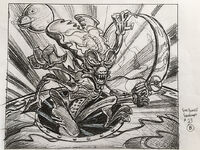 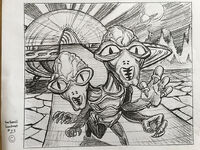 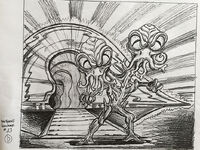 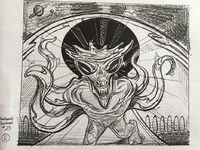 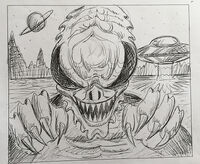 Alternate version of first design; originally shared to The Bumps.