You Can't Scare Me (TV episode)

"You Can't Scare Me"

"Revenge of the Lawn Gnomes"

"You Can't Scare Me" is the seventh episode of season two of the Goosebumps TV series, and the twenty-sixth episode overall. It premiered on October 5, 1996, on Fox during the Fox Kids block.

Courtney, a total show-off, isn't scared of anything. Not snakes, not tarantulas, and especially not Eddie and Hat! She always manages to make them look like losers when they're trying their best to scare her. But Eddie and Hat have dreamed up the perfect scare once and for all. They're going to lure Courtney to Muddy Creek and convince her that Mud Monsters are real—and really scary. But it may be Eddie and Hat who are ghouled! 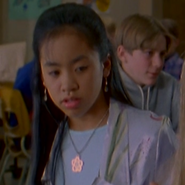 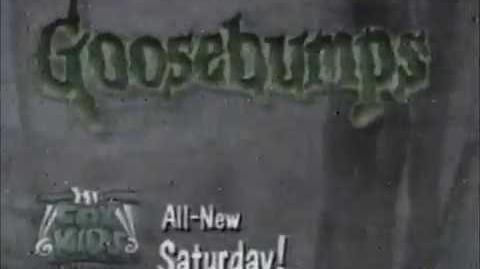 Fox Kids Ad For "You Can't Scare Me!"