Goosebumps Wiki
Register
Don't have an account?
Sign In
Advertisement
in: Goosebumps (television series), Season 2, Episodes based on Goosebumps (original series),
and 4 more

"Welcome to Dead House" is a two-part episode of the Goosebumps TV series. It is based on the first Goosebumps book of the same name. The episodes aired on Fox on June 29, 1997 as a one-hour special. Parts one and two were the twentieth and twenty-first episodes of Season 2, and the thirty-ninth and fortieth episodes overall. The episode was directed by William Fruet.

Josh and Amanda Benson don't want to live in Dark Falls. The old house their parents just bought is pretty spooky—maybe even haunted -and the townspeople are pretty strange, too. Their parents think they just need to get used to their new neighborhood. But there will be plenty of time for Amanda and Josh to make new friends—because these neighbors want the Bensons to live in Dark Falls . . . forever. 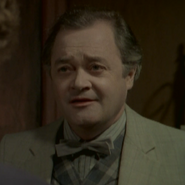 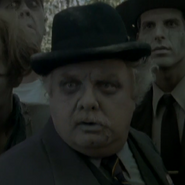 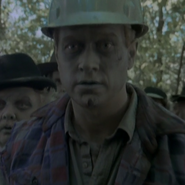