"Phantom of the Auditorium"
"Welcome to Camp Nightmare" is the fifth and sixth episode of season one of the Goosebumps TV series. Part one and two premiered on November 17, 1995 on Fox during the Fox Kids block.

The summer camp of Billy's dreams is turning out to be a total nightmare. The food stinks. The counselors are weird. And who or what is this vicious beast everyone calls "Sabre"? Things are getting worse by the minute! So why doesn't Uncle Al, the camp director, seem worried? Does the mystery of the Forbidden Bunk have something to do with Billy's fellow campers disappearing one by one? Either way Billy has had it! He is determined to find out what is going on before it is too late.

Mike is bitten by a snake.

Mike vanishes the next morning.

Larry hits Colin in the head with a baseball.

Jay and Roger say they are going to the Forbidden Bunk.

Larry appears at the door.

Uncle Al tells Billy that there was never a camper by the name of Roger.

Billy enters the Forbidden Bunk to find Dawn trying to escape the camp.

Uncle Al forces the campers to search for Dawn with tranquilizer guns.

Billy revolts against Uncle Al and shoots him.

The whole thing is revealed to be a government test.

Sabre is actually a robot.

Billy’s parents would like to take him to a very dangerous planet called Earth. 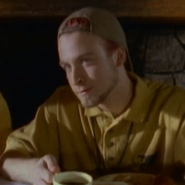 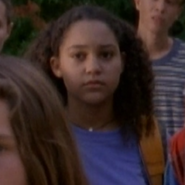 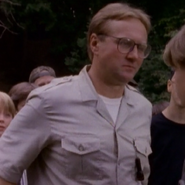 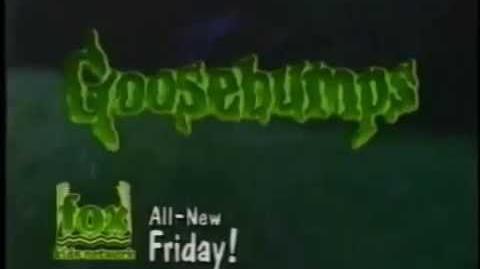