"How to Kill a Monster"

Vampire Breath is the seventeenth episode of Season 2 of the Goosebumps TV series. The episode aired on Fox during the Fox Kids block on November 23, 1996. It was directed by Ron Oliver.

While their parents are out, Freddy and Cara Renfield discover a secret door in their house. The mysterious door leads to an underground cavern . . . and the most unbelievable night of their lives. Turns out the Renfields have a bat problem—a vampire bat problem! 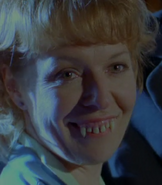 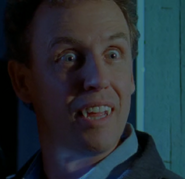 Mr. Renfield
Add a photo to this gallery

Add a photo to this gallery
Retrieved from "https://goosebumps.fandom.com/wiki/Vampire_Breath/TV_episode?oldid=136759"
Community content is available under CC-BY-SA unless otherwise noted.