It will just kill you.

It will just kill you.

Welcome to Dead House is the first book in the original Goosebumps book series. It was first published in 1992 and was rereleased in 2010 as the thirteenth book in the Classic Goosebumps series, featuring new artwork by Brandon Dorman.

The book follows Amanda and Josh Benson, who move with their parents into a creepy old house located in the strange town of Dark Falls where people are unlike any they have known before.

The cover illustration features an old house at night, with the front door slightly ajar, and a strange figure illuminated in the window.

Amanda and Josh think the old house they have just moved into is weird. Spooky. Possibly haunted. And the town of Dark Falls is pretty strange, too.

But their parents don't believe them. You'll get used to it, they say. Go out and make some new friends. So Amanda and Josh do. But these new friends are not exactly what their parents had in mind. Because they want to be friends...forever.

The Benson family takes their first trip to Dark Falls to meet with the local real estate agent Compton Dawes, and see their new home. Mr. Benson inherited a house that belonged to his late great-uncle that he didn't even know existed. Amanda Benson, her little brother Josh, and their dog Petey immediately sense that something is not quite right. Despite the fact that it is the middle of July, the entire neighborhood seems covered in an artificial darkness created by the shadows of massive, overhanging tree limbs. Dead brown leaves, shade, and shadows are everywhere. Then there is the creepy old house, that appears to have been built many years ago. It is an enormous, dark, antique home with two large bay windows on the second floor that look eerily like a pair of dark eyes staring down at the street below. While Josh proceeds to impatiently whine in protest over the family move and how tragic it is for him, Mr. Dawes welcomes the family into the home. Whilst exploring her new room, Amanda watches with amazement as she catches a glimpse of a boy standing in the doorway, before quickly disappearing down the hall.

Amanda feels much better after seeing her bedroom. She goes outside to tell Josh about it, but both he and Petey are gone. Mr. Dawes offers to provide directions while the family drive around town to find the missing pair. On the way Amanda finds it odd that there aren't any people in the houses or yards, or even on the street. Eventually, the group find Josh trying to catch Petey amongst the gravestones of the Dark Falls cemetery. The kids' father Jack ends up catching Petey and putting him on a leash despite how frantic his behavior is. The family then drops off Mr. Dawes at his real estate office in Dark Falls, where he mentions to the Bensons that they can come back the following week to finalize the contracts for the house. After an eventful first visit, the Benson family leave Dark Falls and head back home to their old neighborhood.

Amanda's best friend, Kathy, comes over on the family's last night in their old house, reassuring Amanda that Dark Falls is only four hours away. The following morning is moving day, and it's a rainy, windy arrival in Dark Falls for the family at their new house.

Amanda keeps seeing other children in her home and hearing strange sounds. Also, the friends she makes all seem a little different. It is later revealed that the children are all dead, having been murdered when they lived in that house. Once a year, they must have the blood from a freshly killed person to sustain their "living dead" existence for another year.

One of the undead children, Ray Thurston, attacks Amanda in the cemetery, while her brother, Josh, is still looking for Petey. Josh saves her at the last moment, when he shines his light on Ray’s face. This results in Ray disintegrating and becoming a pile of bones. After discovering that Petey has become an undead dog, Amanda and Josh run home but when they arrive, they are attacked by the dead children who explain that there is no dead great-uncle and that the letter sent to their parents was a trick to bring the Benson family to Dark Falls. Suddenly Mr. Dawes, the real estate agent, appears at the door and the dead children vanish. He tells them that he has already found their parents and that he will take the kids to join their parents. Although Amanda and Josh think he's saving them at first, a gravestone reveals Mr. Dawes is also dead. He explains to the children that Dark Falls used to be a normal town years ago, but a yellow gas escaped from a nearby factory and spread throughout the town, transforming the citizens into the undead. Amanda and Josh manage to escape Mr. Dawes after Josh hits him on the head with his flashlight. It turns out the dead children are zombies that crumble under light, and they knock down a tree to kill all of the living dead. Their parents saw everything.

As the Benson family is leaving Dead House, they see a new family on the driveway. The new family is preparing to move into the house. Amanda notices that these people are being guided by someone that looks like Mr. Dawes.

For a list of characters, visit the characters page. 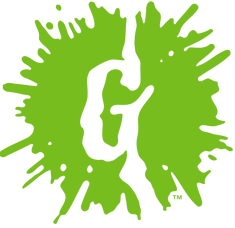 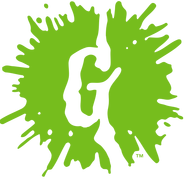 2018 Cakeworthy enamel pin.
Add a photo to this gallery

Retrieved from "https://goosebumps.fandom.com/wiki/User:GodzillaFan1/Sandbox?oldid=111213"
Community content is available under CC-BY-SA unless otherwise noted.