The Deadly Experiments of Dr. Eeek
Trapped in Bat Wing Hall is the third book in the Give Yourself Goosebumps gamebook series. It was published in 1995.

The holographic prismatic design consists of static-like sparkles on a gold background. The cover illustration consists of a bat flying at an angle with its mouth open.

Being the new kid in school is no picnic. At your old school you had tons of friends, but now you don't even have one. Then you meet Nick. He asks you to join the Horror Club. The Horror Club meets in an old mansion known as Bat Wing Hall. It's dark. It's spooky. And it's where your adventure begins.

The members of the Horror Club are going on a scavenger hunt. If you join the red team, you find out the truth about your new friends--they're actually monsters! One is a green-skinned reptile. Another is a hulking giant! If you join them blue team, you get turned into a furry-faced vampire bat!

You have just moved to a new town and have not made any friends. While walking home, you run into a new friend named Nick, who tells you about "The Horror Club". The Horror Club meets late at night in an old mansion called Bat Wing Hall, which is said to be haunted. The members of the Horror Club are going on a scavenger hunt to find out if Bat Wing Hall is really haunted.

If you join the Red Team, you find that the entire team but you are monsters.

If you join the Blue Team, you get turned into a vampire bat! And that's not all. You might have to search the cursed crypt of the deceased owner of Bat Wing Hall, Professor Krupnik, in the nearby cemetery, or face a witch, an ancient mummy, or a werewolf.

You join the Red Team with Nick, Debbie, and Connor and have to complete the scavenger hunt before dawn, or they'll turn you into a monster too. But the items on the list are both dangerous and difficult to obtain.

You join the Blue Team with Lara, Martin, and Marcie. While searching in Bat Wing Hall's crypt, you uncover a cursed stone that causes you to be transformed into a bat each night, and must now find a way to break the curse.

From story B, you return to the crypt as a bat and find yourself trapped in an underground swamp that you have to escape. There is no way to survive this storyline.

There are twenty-two bad endings and seven good endings.

Spanish (La Mansión del Murciélago - The Mansion of the Bat) 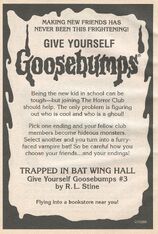 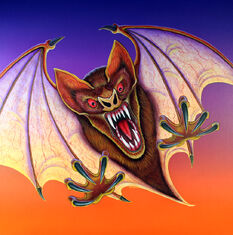 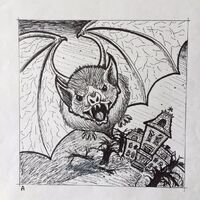 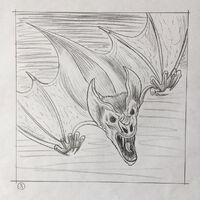 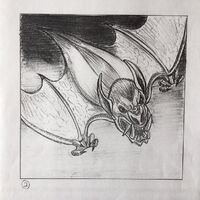 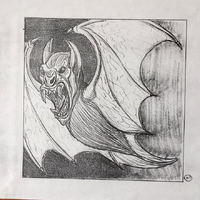 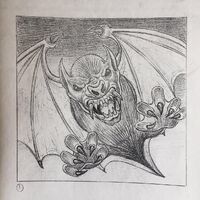 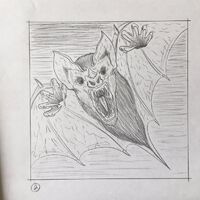 Retrieved from "https://goosebumps.fandom.com/wiki/Trapped_in_Bat_Wing_Hall?oldid=151984"
Community content is available under CC-BY-SA unless otherwise noted.