They Call Me the Night Howler!

They Call Me the Night Howler! is the eleventh book in the Goosebumps SlappyWorld book series. It was published in 2020. [1]

The cover illustration depicts a pair of purple gloves reaching out from a dark area surrounded by purple curtains, as a pair of large orange eyes look on from the shadows.

Mason Brady loves comics! He knows every hero, villain, and sidekick. He even draws his own characters. On a trip to his favorite place, the Comic Book Characters Hall of Fame Museum, Mason explores every exhibit. He even comes across the very real Night Howler. But when villains start terrorizing the town, Mason realizes that his whole life is about to change. Will Mason be a superhero or will he just be a superzero?

Mason Brady is a massive comic book fan, who is visiting the Comic Book Characters Hall of Fame Museum with his family. Mason is annoyed that his sister, Stella, has a lack of comic book knowledge. He tries to lose her at the museum, but to no avail. When exploring a room, the door closes behind the children and are then approached by Dr. Maniac, an infamous supervillain who has a history of being twisted and unpredictable. However, he reveals that he is only an actor dressed up to look like the character and lets the children go. Stella leaves to tell their parents what happened, meaning Mason is free to explore on his own.

Mason enters a room full of movie posters, where he meets one of his favorite superheros, the Night Howler. He tells Mason that he's not an actor, but is instead the real deal. He says he is retiring from the job, as he is sick of being a superhero due to the long hours, not having time for friends, and being unable to defeat his nemesis, Dr. Maniac. Mason tells him that he can't retire, so Night Howler gives the boy his costume and tells him he can take up the mantle.

He explains that the power comes with the costume, but if Mason tells anyone about his secret identity, it will lose its power. Mason is hesitant at first, but eventually accepts the opportunity. At home, Mason stores his costume under a loose floorboard so Stella won't find it. However, she notices the floorboard and has their father nail it down, never unveiling its contents in the process. Defeated, Mason is left unable to get the costume. That night, Night Howler drops by to give him lessons, bringing a spare costume along the way. Mason informs him of what had happened, and Night Howler uses the powers in the spare costume to cloud his father's mind and make him remove the floorboard.

Mason puts on the costume, and together the two of them go to the park on a mission to capture a thief who calls himself The Quitter. He is easily defeated, as he is true to his name and gives up quickly. Two nights later, he is at a sleepover with his friends, George and Walter, who are planning to film a YouTube video featuring Walter as a monster. In the middle of filming, Mason gets a mission alert and is forced to leave. His opponent is named Wreckage, who simply goes around wrecking and destroying things. Wreckage brings along a sidekick named The Juggler to distract Mason. He tries to stop them, but is held back by another villain named Blue Strawberry. She distracts Mason by using her power to make it rain fruit, allowing the three villains to escape.

Devastated by the defeat, Mason wants a chance to redeem himself; his wish is fulfilled when he receives an alert that the real Dr. Maniac is causing trouble by robbing a house. After some banter with the doctor, Blue Strawberry arrives to help him out and the two of them manage to escape with stolen jewelry. A few days later, Mason notices that somebody seems to have been snooping in his room. Thinking Stella was the culprit, he goes to her room to see if she took anything from him, and discovers Blue Strawberry's costume.

Later, Mason confronts Stella to she if she knows anything about the costume, but is interrupted by a mission to stop a villain named Randy Revenge. Mason arrives to thwart Randy, but is instead knocked out by him. Blue Strawberry arrives, and Mason tries to call her out. He takes off her mask, but it turns out to be a stranger. After another failure, Mason asks Stella about the costume, and she tells him that it was for Halloween. Two nights later, Mason gets an alert about Dr. Maniac. Before he has time to leave his house, the villain arrives at his door and comes inside.

Dr. Maniac closes in on Mason, but Blue Strawberry shows up and begins to fight the villain. Dr. Maniac is overpowered and he runs away. Blue Strawberry takes off her mask and reveals that she is actually Stella this time. Even though she saved his life, she has also discovered his secret identity, meaning the suit has lost its power and forcing Mason to return to his everyday life.

The next day, Mason goes back to the museum to return the costume. When he enters, he spots Dr. Maniac who reveals himself to not be an actor this time. However, he has grown tired of being evil as it is all too much for him to handle. He offers Mason the chance to take up the Maniac mantle, and he accepts, proclaiming, "I'm not a kid, I'm a MANIAC!". 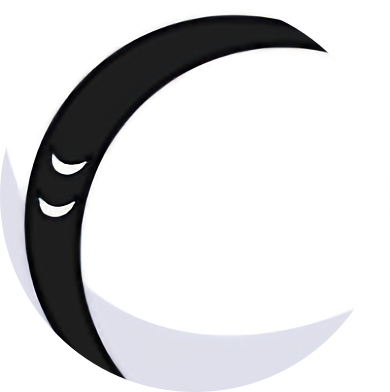