"A Night in Terror Tower"

"Be Careful What You Wish For"

"The Werewolf of Fever Swamp" is the eighteenth and nineteenth episode of season one of the Goosebumps TV series. Part one and two premiered on May 17, 1996 on Fox in prime time as a one-hour special.

Grady and Emily didn't want to move to the Florida swamps in the first place, but their mom and dad – both scientists – said that it would be "an adventure they would never forget". That's for sure! First came the horrific howls during the night. Then there was the scary shadow lurking behind the tree and the spooky sounds coming from the swamp. Now Grady can't stop thinking about the spooky hermit who chased him and his new friend Will while they were exploring the swamp behind his new house. And the almost-human howls that make him sit straight up in bed each night. Could Grady's new dog be responsible for some of the midnight mischief? He does sort of resemble a wolf, and he appeared out of nowhere. Everyone is convinced that the dog is a monster, but Grady knows better. Dogs don't howl at the full moon, or disappear at midnight, or turn into werewolves… Do they?

Grady bumps into the swamp hermit.

Will tells Grady that the swamp hermit is a werewolf.

The Tucker’s find a dead rabbit and blame it on Vandal.

Grady is captured by the swamp hermit.

The werewolf tries to enter the shed.

The swamp hermit is killed.

The werewolf is revealed to be Will.

Vandal pushes Will into the river and drowns him.

Grady is revealed to have become the werewolf. 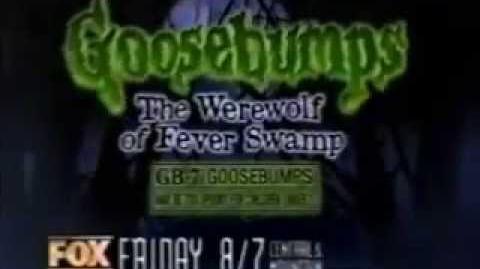 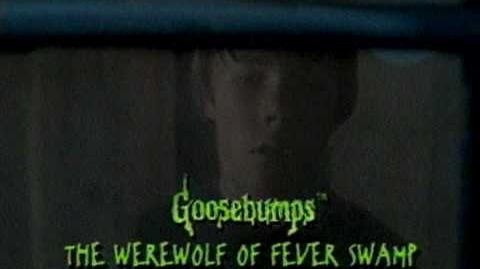