The Ghost Next Door (TV episode)

"How I Got My Shrunken Head"

"The Ghost Next Door" is the third and fourth episode of season four of the Goosebumps TV series, and the sixty-ninth and seventieth episode overall. Part one and part two premiered on September 28, 1998 and September 29, 1998 on Fox during the Fox Kids block.

Hannah Fairchild wakes up one morning to see her room engulfed in flames and smoke, but she quickly realizes this is only a nightmare. Waking up, Hannah begins to type up a letter to her friend, Katie, who's currently away at camp. In her letter, she complains about the boring summer she's been having in Greenwood Falls. Outside her window, Hannah sees a shadowy figure watching her. She dials 911, but the responder can't seem to hear her and hangs up. A rock is thrown through Hannah's window and she decides to head outside. The shadowy figure is nowhere to be found, but she goes bump into a boy she's never seen before. He introduces himself as Danny Anderson and informs her Hannah that he just moved here. Hannah thinks this is strange, as the house his family has moved into still looks empty. The next day, Hannah begins to go about her daily routine alone, as her parents are seemingly away. Hannah attempts to deliver the letter, but the postman, Mr. Chesney seemingly ignores her shouting. On the drive, Mr. Chesney almost hits Danny, who's riding across the street on his bike. Danny begins to act strange, doing such things as seemingly vanishing into thin air. Upon peeking into his home, Hannah sees it is covered in candles, and the stove looks as if it hasn't been used in years. This causes Hannah to believe he could be a ghost haunting the house. Hannah investigates Danny further, running again into the shadowy figure she saw outside her window. She later discovers a newspaper story online detailing a fire in the neighborhood that left no survivors. Hannah believes it could have been Danny's family that died in the fire, and goes to his house. She tries to talk to his mother, but she ignores Hannah, causing her to think his mother might be a ghost as well. Danny arrives at her house and informs her his mother is deaf. Hannah accuses Danny of being a ghost. The two argue, and Danny points out she can't possibly live where she claims, as it is nearly destroyed. Hannah passes straight through Danny.

Hannah realizes that she is the ghost, and that her family was the one that died in the fire. The discovery terrifies Danny, who runs away. Hannah is confronted by the shadow figure, who tells her he is here to help her become a ghost, and offers her lessons in haunting. She agrees, and he teaches her how to concentrate hard enough to pick up objects. With the help of the spirit, Hannah pulls a prank on Mr. Chesney by messing with his mail, sending him running off. Hannah gets into an argument with the shadow and says she doesn't need help being a ghost, that she has to have another purpose than simply haunting people. He informs her that nobody can see her, or talk to her. Hannah informs him this is untrue, as Danny can see her. Her comment angers the ghost who tells her to stay away from Danny. The shadow tells her only Danny can see her because he is about to die.

Hannah tries to talk to Danny, who has begun hanging out with a pair of troublemaking friends, but he wants nothing to do with her. During their talk, a beam nearly falls on Danny, but he is saved by Hannah. Hannah confronts the shadow figure, calling him a liar. He tells her that when Danny dies, he will take his form, and wants to speed up the process.

Hannah realizes that she came back as a ghost to save Danny's life. Later that night, Danny and his friends break into the home of Mr. Chesney, and a fire is started. Danny's friends make it out, but Danny is trapped inside. Hannah enters the house to rescue Danny. She begins playing the piano in Mr. Chesney's house, and the music alerts Chesney that something is wrong. He enters the house and Danny is saved.

Danny calls out for Hannah, saying he cannot see her anymore. Hannah's family appears before her, with her mother telling her she has done a great job. With Danny saved, the shadow figure is destroyed. Hannah then goes into the afterlife with her family, completely disappearing. Danny looks out into the night sky, and thanks Hannah for saving his life. 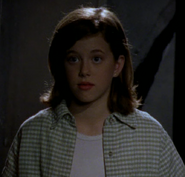 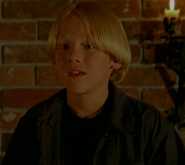 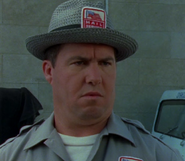 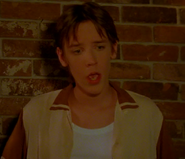 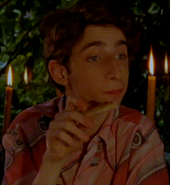 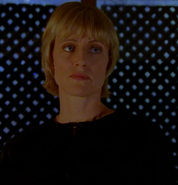 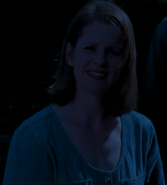 Hannah and the Shadowy Figure