043972404X
The Curse of Camp Cold Lake is the fifty-sixth book in the original Goosebumps book series. It was first published in 1997. It was included in The Campfire Collection in 2003 and received a standalone reprint in 2005.

That night, all of the campers meet around the campfire. Meg and Briana tell Sarah that someone threw fireworks into the campfire. Sarah runs, but she quickly learns that there were no fireworks. She is mocked by many of the other campers. Eventually, the campers are introduced to Liz, one of the camp counselors. Liz shares the camp's water rules. The most important of these rules is the "buddy system:" no camper can enter the water without a buddy.

After this, Briana and Meg drop a snake into Sarah's shirt. Sarah throws the creature away and leaves the campfire. On the way back to her bunk, Sarah finds some spiders, and she scoops some of them up by trapping them in a hollow compartment in her flashlight. When Sarah gets back to her bunk, she pours spiders into the beds of Briana and Meg. Sarah's bunk-mates return, and they go to their beds. When Briana and Meg lie down, they are bitten by spiders. Jan had seen Sarah planting the spiders earlier, and she tattles on Sarah. Briana and Meg are taken to the infirmary to have their spider bites checked. 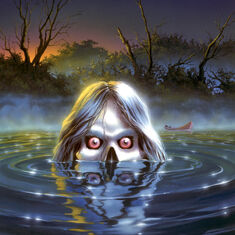 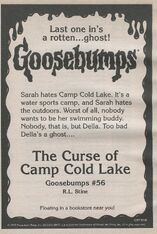 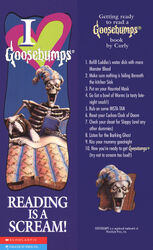 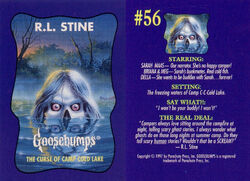 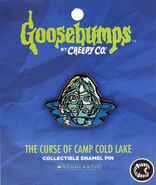 Enamel pin (out of packaging). 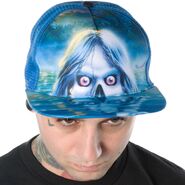