"Night of the Living Dummy III"

"The Blob That Ate Everyone" is the twenty-third episode of season two of the Goosebumps TV series, and the forty-second episode overall. It premiered on July 19, 1997 on Fox during the Fox Kids block.

12-year-old Zack Beauchamp's dream is to be a famous horror writer - even though he hasn't quite gotten over his fear of the dark. He's just written his scariest story ever about a giant pink, oozing, wet blob that terrorizes the neighborhood, swallowing up everything in sight. But when Zack starts typing his spooky story on the old typewriter he found, every hair-raising word begins to come true! 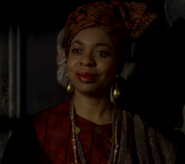 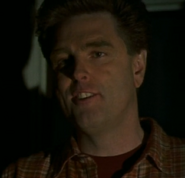 The Blob Monster
Add a photo to this gallery

Zack as seen in the episode

Alex as seen in the episode

Adam as seen in the episode

The Blob Monster as seen in the episode

The Blob Monster eating Adam in the video store while his best friend Zack watches and runs away.

Zack, Adam & Alex at the beginning of the episode

Add a photo to this gallery
Retrieved from "https://goosebumps.fandom.com/wiki/The_Blob_That_Ate_Everyone/TV_episode?oldid=133827"
Community content is available under CC-BY-SA unless otherwise noted.