"How I Got My Shrunken Head"

"Teacher's Pet" is the twenty-second and final episode of season three of the Goosebumps TV series, and the sixty-sixth episode overall. It premiered on May 16, 1998 on Fox during the Fox Kids block.

Becca and Benjy are with their class on an overnight field trip at a nature centre to learn how the food chain works, and Mr. Blankenship is an instructor there. As he lectures the students about the food chain, he demonstrates by releasing first a mouse, then a snake which tracks and eats the mouse while the students look on mostly in shock, none more so than Becca and Benjy.

While hiking with the group in the woods to find other examples of the food chain at work, Becca encounters what at first appears to be an ordinary bunny, but when she starts to pick it up, she is horrified to discover that it has the face of a lizard. As she is known to have an overactive imagination, she is unable to convince her teacher or any of the other students of what she has seen, so she decides to investigate with the initially reluctant help of Benjy.

Their snooping eventually leads them to an isolated cabin in the woods, where they make the shocking discovery that Blankenship is conducting sinister experiments with animal DNAs, his goal being to create the ultimate predator, to which end he has given himself the ability to transform into a giant snake. When he catches the two friends spying on him, he morphs himself into his giant snake form and attacks them. As he traps Benjy in a corner, Becca splashes him with one of his DNA solutions, transforming him into a mutated fly and enabling Benjy and herself to escape.

The following morning, as the two friends prepare to go home with the other students, they are attacked yet again by Blankenship in his new fly form, but this time Benjy swats him, killing him. Or so he thinks. But when Benjy turns his back, the fly mutant revives and follows him and Becca into the bus, and we see in an extreme close-up that it has Blankenship's head. As it overhears Becca and Benjy expressing relief that Blankenship won't be "bugging" them again, it comments smiling evilly, "You got that wrong!" 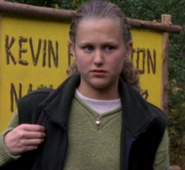 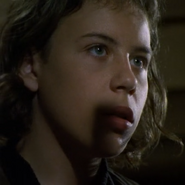 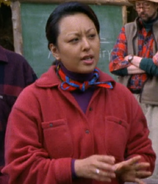