Is it just me, or is this book using elements from Deep Trouble? Signed CindyLou95

So what, this book takes place in the 90s'? I don't see the obligatory Netflix reference mentioned.

>Battle Soccer was released exclusively in Japan in 1992. 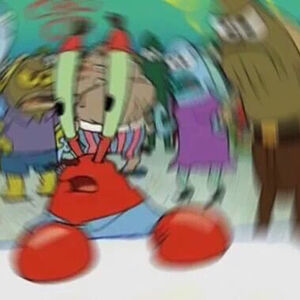 I'm a little skeptical. I don't have a copy of this book yet, but "Battle Soccer" seems like an obscure reference for Stine. Can anyone confirm that this was actually referenced? GoosebumpsArt (talk) 18:23, June 27, 2017 (UTC)

So that confused Mr. Krabs is your thing when it comes to confusing stuff, lol XD NicktheDummy (talk) 20:31, June 27, 2017 (UTC)NicktheDummy

It does say battle soccer, but I don't think Stine was referencing an obscure Japanese exclusive game from the 1990s. It's just a coincidence. GoosebumpsArt (talk) 16:17, July 1, 2017 (UTC)

Yeah, I noticed. but, why doesn't the cover we have in the infobox have the exclamation mark?Also, why do your signature looks perfect and mine looks like garbage? (I'm talking about this)Murder 15:15, December 8, 2017 (UTC)Murder the Clown

Retrieved from "https://goosebumps.fandom.com/wiki/Talk:Attack_of_the_Jack!?oldid=98956"
Community content is available under CC-BY-SA unless otherwise noted.