Stay Out of the Basement/TV episode

"Stay Out of the Basement" is the eleventh and twelfth episode of season one of the Goosebumps TV series. Part one and two premiered on January 27, 1996 on Fox during the Fox Kids block respectively.

Margaret is really worried about her father. Ever since he lost his job, he spends all of his time locked in the basement. What is going on down there? He says he is just doing a little plant testing . . . harmless really. But when Dad does come up for air, he acts strange and is only getting stranger. All he ever says is "stay out of the basement!" So when her Mom goes out of town, Margaret's worry turns to fear. Especially when she and her brother discover the root of the problem.

The episode opens with Mrs. Brewer leaving for the airport to visit a relative. She leaves Casey and Margaret alone for the weekend with their father, Dr. Brewer. Dr. Brewer is obsessed with plants and has secret experiments going on in the basement. Mrs. Brewer, Margaret, and Casey have been instructed to stay out of the basement for unexplained reasons.

Dr. Brewer begins to act erratically. At one point, he tries to feed Margaret and Casey an unidentifiable, green substance. Margaret and Casey manage to avoid eating the substance when Dr. Brewer's colleague, Dr. Marek, visits, effectively distracting Dr. Brewer. After meeting with Dr. Brewer, Dr. Marek goes missing. Later, Margaret and Casey are playing in the backyard, and a vine appears to attack Casey on its own. The plant tries to drag the boy down into the basement via the access point in the backyard. Margaret rescues Casey and cuts the vine in half. Later that same night, Margaret is seen walking down the hall, and she sees Dr. Brewer accidentally cut himself while shaving. The blood produced from the cut is green and slimy. Margaret is disturbed by this, but she chooses not to confront Dr. Brewer.

The next day, Mrs. Brewer returns home from the airport. When she arrives, she realizes that her husband is acting stranger than before, so she begins to investigate on her own. Margaret and Casey decide to sneak into the basement. They want to investigate and see what is causing their father to behave so strangely. Meanwhile, we see Mrs. Brewer investigating upstairs, approaching a closet, from which she is hearing noises. Mrs. Brewer opens it and finds Dr. Marek is inside, bound and gagged. The camera cuts back to Margaret and Casey. While they are downstairs, they find Dr. Brewer tied up, in a closet, bound, and gagged. Margaret unties the man who appears to be her father, but an identical version of Dr. Brewer appears and insists that he is her real father. However, the real Dr. Brewer — the one who was tied up — calls Margaret "Princess." By using Margaret's nickname, he proves that he is her real father. Margaret grabs weed killer and sprays the chemicals on the clone of her father, eviscerating the clone. Margaret and Casey hug their real father, and Mrs. Brewer shows up, accompanied by Dr. Marek.

The episode closes with Dr. Marek leaving, thanking Mrs. Brewer for saving him. He also thanks Margaret and Casey for defeating the evil clone. Dr. Brewer and Margaret help Dr. Marek leave. When she's alone, a plant in the family's yard grabs onto Margaret's hand and whispers to her, saying "I'm your father" followed by all of the other plants next to it.

Margaret is worried about her father, Dr. Brewer, saying that he’s been spending too much in the basement, and has even stopped calling her Princess, a nickname he created for her.

Dr. Brewer yells at the kids to stay out of the basement.

The kids explore the basement while Dr. Brewer is away, discovering it to be full of exotic plants.

Dr. Brewer tells the kids that he’s doing something very unusual with the plants.

Margaret also catches him without his hat on, revealing all of his hair to be leaves.

Casey overhears Dr. Brewer and Dr. Marek arguing in the basement as a mutant plant sneaks up on him.

Casey and Margaret kill the plant, making Dr. Brewer very upset, sending them to their rooms.

Margaret and Casey look in Dr. Brewer’s bedroom to find any clues, and learn via a voicemail that Dr. Marek never left their house.

Margaret and Casey enter the basement strapped with weed killer.

Margaret and Casey find another Dr. Brewer locked in a closet, claiming he had been in there for days and that the other version of himself is a plant.

The other Dr. Brewer shows up, confusing the kids.

The Dr. Brewer locked in the closet refers to Margaret as Princess, and, without hesitation, sprays the one wearing the hat with weed killer, revealing that it was the plant.

Dr. Brewer reveals that he accidentally mixed his blood with plant molecules, creating a plant copy of himself.

Multiple flowers whisper to Margaret claiming that they are her true father. 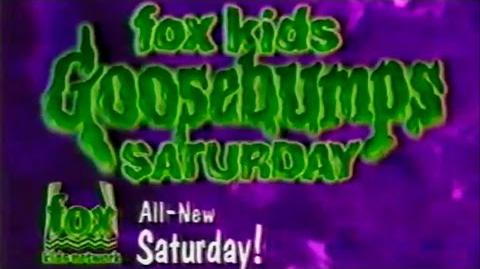 1996 Goosebumps Commercial (Stay out of the Basement Special)