Secret Agent Grandma is the sixteenth book in the Give Yourself Goosebumps gamebook series. It was published in 1997.

The cover illustration shows a green alien with three eyes peeling away a grandmother disguise in the middle of a flower garden.

Your parents are going away so your super-cool grandma is coming to stay with you. But when you go to meet granny at the train station you start seeing double—double grannies!

There's one granny on the station platform. And another one writing in lipstick on the window of the train. Which one is your real grandma?

If you think she’s on the platform you find yourself face to face with a hideous monster! If you decide to jump on the train, you are surrounded by a group of angry aliens out to take over the world!

Your parents are going away, so your grandmother is coming to look after you. You haven't seen her since you were a small child, but you're told that she'll be wearing a distinctive purple and yellow outfit. You arrive at the train station and find your grandmother on the platform - but then a train passes and you see an identical woman involved in a fight on the train. You aren't sure whether your grandmother is the one on the platform or the one on the train, and the storyline you follow is determined by which grandma you decide is the right one.

You get on the train and meet up with your friends Chuck and Ginny, who also happen to be there. The three of you search for your grandmother and discover that she is a secret agent investigating an alien plot.

You decide that your grandmother is the one on the platform, and go home with her. Your friends Sophie and Andrew come over, and you discover that Grandma is an alien impostor with a plan to take over the world. It's up to you to stop her and find out where your real grandmother might be ...

In story A, you try to ask fellow train passengers for help finding Grandma. Your grandmother then reveals herself to you and explains that she is a secret agent who's been tasked with protecting an important floppy disk.

There are nineteen bad endings and four good endings. 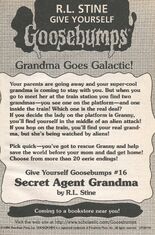 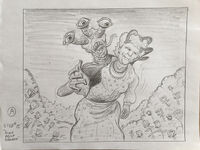 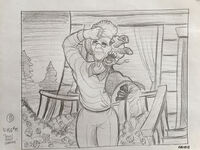 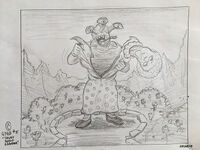 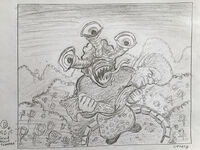 Retrieved from "https://goosebumps.fandom.com/wiki/Secret_Agent_Grandma?oldid=124833"
Community content is available under CC-BY-SA unless otherwise noted.