The sweet squeeze of revenge!

Trick or...Trapped!
Revenge of the Body Squeezers is the sixth special edition book in the Give Yourself Goosebumps gamebook series. It was published in 1999.

The cover illustration depicts a blue Body Squeezer in an alleyway, holding a squeezing device in both hands.

THE SWEET SQUEEZE OF REVENGE!

News flash! While you were on vacation, LA was invaded by green aliens! At least that’s what your best friend, Jack Archer, says. You remember Jack from Goosebumps 2000 INVASION OF THE BODY SQUEEZERS, right? Well, in this book, his story continues—and you're in it!

Jack was able to defeat the green aliens. But now blue aliens from the same planet have landed—and they're out to put the squeeze on all Eathlings! Can you save the human race before it’s too late?

In this sequel to Invasion of the Body Squeezers, Jack Archer, the hero of the first book, is your friend. You return from a trip and Jack warns you that while you were away, aliens invaded earth; now, he's seen a new, blue variant of the Body Squeezers appear. You don't believe any of this but suddenly an alien head rolls toward you. You run inside Jack's house with him and his sister Billie, but the alien produces a weapon and turns Jack and Billie into little black orbs. The alien takes the orbs and travels into the woods.

You decide to follow the creature, and you are led to the alien's spaceship. The alien you followed begins talking to another alien. By evesdropping, you learn that the aliens have planted a "squeeze bomb" that will explode at 10 A.M. the following day, and the bomb will turn everyone in Los Angeles into small black orbs. After this point, the story is devided into two distinct plots depending on the choices you make:

You decide that you need to help your friends. You covertly sneak onto the aliens' spaceship in the hopes of rescuing Jack and Billie. However, the spaceship takes off with you inside of it. Now, you will need to make it back to Earth and save Los Angeles from the squeeze bomb.

You decide it's more important to stop the squeeze bomb from going off, so you stay behind and team up with your friend Maddy to find the bomb. At one point, you may choose to hammer a pick-axe into Leonard Nimoy's star on the Hollywood Walk of Fame in an attempt to save Los Angeles from the aliens. 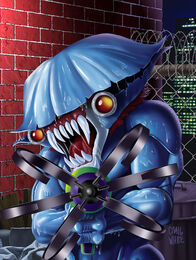 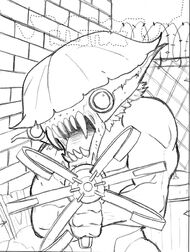 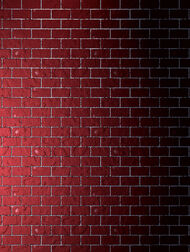 The texture used for the brick wall.

Retrieved from "https://goosebumps.fandom.com/wiki/Revenge_of_the_Body_Squeezers?oldid=134377"
Community content is available under CC-BY-SA unless otherwise noted.