Goosebumps Wiki
Register
Don't have an account?
Sign In
in: Books, Give Yourself Goosebumps, Vampires,
and 20 more

The Headless Ghost
Please Don't Feed the Vampire! is the fifteenth book in the Give Yourself Goosebumps gamebook series. It was first published in 1997.

The cover illustration depicts a vicious looking French poodle with large fangs wagging their tail and sitting by kitchen cupboards. Its pink dinner bowl, in front of it, is labeled "Fifi" and has a cracked bone in it.

The 2015 Classic Goosebumps cover features Fifi in her updated movie design. On the floor is a toy bat.

HIS BARK IS NOT WORSE THAN HIS BITE!

You buy something called "Vampire in a Can." At first you think its just a goofy vampire costume with a cape, plastic fangs, and a tattoo of teeth marks. But then you find a packet in the bottom of the can labeled: DANGER—KEEP AWAY!

If you try to open the packet with your teeth it rips in your mouth. Uh-oh. Looks like you've been transformed into a vampire—and you're really thirsty. If you decide not to open the packet, your dog sinks his teeth into it. Now your cute little poodle has become a ferocious vampire dog! Can you save your pooch before he bites off more than he can chew?

The choice is yours in this scary Goosebumps adventure that's packed with over 20 super spooky endings!

You buy a cheap looking costume called "Vampire in a Can" from a store called "Scary Stuff" Owned by Mr. Reuterly. You discover a small packet at the bottom of the can, labeled "DANGER-KEEP AWAY!". The two main choices from this point are to either open the packet, or keep it well sealed.

You decide to open the packet, but since its pretty difficult to undo, you use your teeth and the packet's contents end up spilling in your mouth - Turning you into a bloodthirsty vampire! Now you must find a cure before you bite someone you shouldn't, or before you turn into a never decaying corpse from going on too much without a few drops...

You decide to keep the packet closed and after you and Gabe pass it to each other, scared, it ends up falling on the floor. Just then, your pet poodle Fifi, Opens the packet herself and turns into a vampire-dog. She manages to escape from the house, and its up to you to return her, both home and to her senses, before she turns your neighborhood into a bloody nightmare...

In story A, Gabe will give you several options to choose from to find a cure. However, you inform him there is a “fourth option” — accepting your transformation and enjoy being a vampire. This side story can be reached from choosing that option and only has one good ending. (It should be noted though, that this ending doesn’t revolve around returning to your normal everyday life with some kind of reward, as most of the good endings in the series do.)

There are sixteen bad ending, two ambiguous ones, and four good endings. 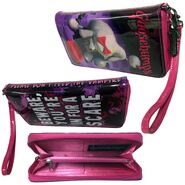 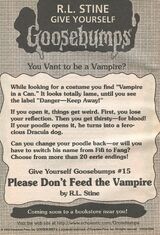 Book advertisement from How I Learned to Fly. 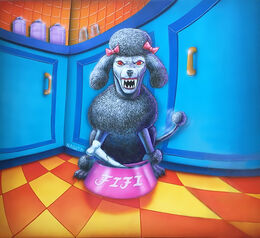 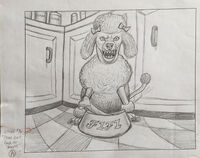 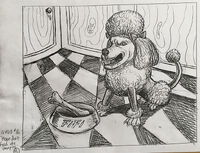 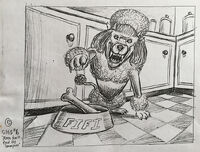