"Phantom of the Auditorium"

"Return of the Mummy"

"Piano Lessons Can Be Murder" is the eighth episode of season one of the Goosebumps TV series. It premiered on December 8, 1995 on Fox during the Fox Kids block.

When Jerry finds a dusty old piano in the basement of his new house, his parents offer to pay for lessons. Taking piano seems like a cool idea if it means he'll be able to jam with his cute next door neighbor, Kim. But there's something strange about Jerry's piano teacher, Dr. Shreek. Something Jerry can't quite put his finger on. What's more, Jerry begins receiving nightly visits from a terrifying ghost who warns him about the music school. When Jerry stumbles upon a secret room at Dr. Shreek's school, it is time for him to face the music. 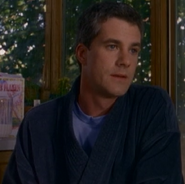 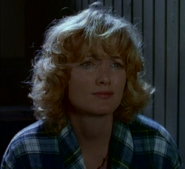 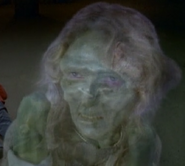 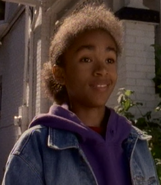 Kim
Add a photo to this gallery

Add a photo to this gallery
Retrieved from "https://goosebumps.fandom.com/wiki/Piano_Lessons_Can_Be_Murder/TV_episode?oldid=131444"
Community content is available under CC-BY-SA unless otherwise noted.