Phantom of the Auditorium (TV episode)

"Piano Lessons Can Be Murder"
"Phantom of the Auditorium" is the seventh episode of season one of the Goosebumps TV series. It premiered on December 1st, 1995 on Fox during the Fox Kids block.

When Brooke gets the lead in a school play about a Phantom, she is thrilled . . . until the nightmares begin. At school, there is talk of a real Phantom who has haunted the auditorium for years. Brooke tries to laugh it off. But when haunting messages appear on set, a trap door is discovered on stage, and a piece of scenery comes crashing down, it's no joke. Is Zeke, her best friend, up to his foolish pranks again? Or is Brooke's jealous understudy, Tina, up to no good? Maybe the answer lies beneath the stage, through the trap door, and at the end of the tunnel.

Brooke and Zeke go inside the trapdoor.

Brooke and Zeke bump into Emile, who claims to be the night janitor.

Brooke receives an anonymous note inside her locker.

A figure dressed as The Phantom swings down from a rope and grabs Brooke.

A door painted with the same message nearly falls on Brooke.

A bucket of paint is found inside of Zeke’s locker.

Mr. Johnson, the janitor, tells the kids that there is no night janitor.

The kids learn that Emile is a homeless man living underneath the school.

The Phantom appears from the trapdoor and interrupts the play.

The Phantom is revealed to be Brian, who had been a ghost child living under the school for 72 years, waiting for the next school play. 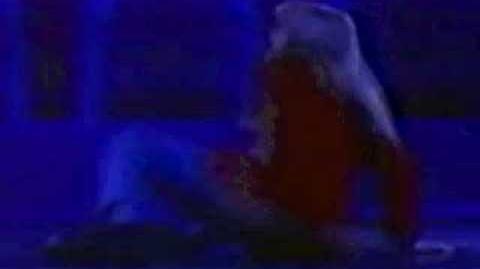