Every dummy has his day - and his night!

Both the 1996 original and 2015 Classic Goosebumps cover illustrations depict Slappy the Dummy, sitting in an armchair in the attic, surrounded by several other dummies.

WHEN DUMMIES SPEAK... EVERYBODY LISTENS!

Trina O'Dell's dad used to have a ventriloquist act. That's why he has all those dummies in the attic. He calls it his Dummy Museum. There's a dummy with freckles. And one with a sneer just like Rocky. Trina and her brother, Dan, think the dummies are pretty cool. But now there are voices in the attic. And dummies keep showing up in the strangest places. No way those dummies could be alive! Right?

Trina O'Dell and her brother, Dan O'Dell's father, Danny O'Dell, collects various ventriloquist dummies. One day, Mr. O'Dell brings Slappy home after finding him in a dumpster. After repairing his broken shaft, he names him Smiley, unaware of the dummy's past. Trina finds a piece of paper that says "Karru Marri Odonna Loma Molonu Karrano" in Slappy's front pocket and reads it. Shortly after, Slappy slaps her across the face. Naturally, nobody believes her. Trina and Dan's cousin, Zane, is coming for a visit. Their father makes them promise not to scare Zane, as they had done in a previous visit. After a while, one of the dummies called Rocky pops up in weird places, scaring Zane while Trina and Dan get the blame for each incident. Many things are ruined: Zane's camera, the dining room table, and the film in Zane's camera by the dummy.

Dan and Trina eventually catch Zane taking Rocky from the attic and it's revealed that Zane was placing Rocky in weird places for fun. The three make a truce not to prank each other like that going forward. More catastrophes occur afterward, each with Rocky at the scene of the crime. Dan suspects Zane and tells Trina, but nobody else believes them. To prove that Zane is guilty, Dan and Trina sneak up to the attic to wait for Zane to come up and steal Rocky.

To their horror, they discover Slappy trying to sneak off with Rocky, and Slappy tells them that they're his slaves. Dan and Trina try to dump Slappy in a well, but he returns the next morning. Trina thinks back and remembers the magic words she read to bring Slappy to life. Trina thought they could put him to sleep as well. Trina and Dan sneak up into the attic and read the magic words out loud. Slappy is still alive and well, but all of the other dummies come to life. They all huddle around Slappy, as he lets out a scream. It is then described that the dummies "pulled and tugged him," but Slappy has not been killed. Afterward, all the dummies fall down lifeless just as Zane walks into the attic. Zane spots Dan and Trina in the attic with the dummies lying around and rats them out to their father.

The next day, Zane leaves to go back home with his father. After being asked to give Zane a dummy, Trina gives Zane Slappy as a parting gift as payback for getting her and Dan grounded. Trina watches Zane get into the car and sees the dummy wink at her. 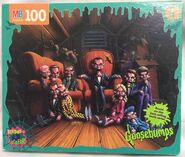 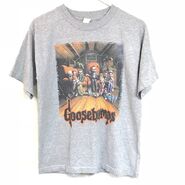 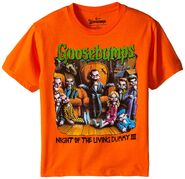 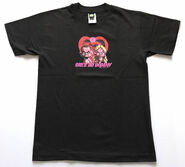 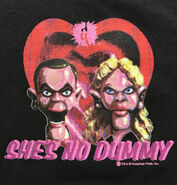 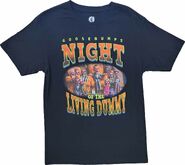 Night of the Living Dummy III was adapted into a two-part episode of the Goosebumps TV series. It is the twenty-fourth (part one) and twenty-fifth (part two) episode of season two, and the forty-third and the forty-fourth episode overall. 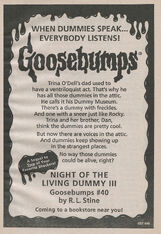 Book advertisement from How I Got My Shrunken Head. 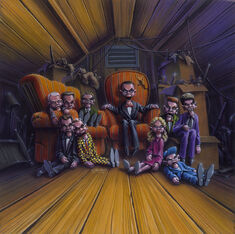 Original artwork by Tim Jacobus from 1995.

Night of the Living Dummy III was the first book in the series to offer special tear-out trading cards and bookmarks inside the book, which would continue throughout the majority of the books that followed in the original series.