Nicole Dicker is a Canadian actress who played Hannah Fairchild in "The Ghost Next Door". 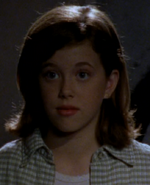 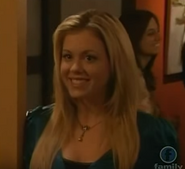 Dicker in a 2009 episode of Life with Derek
Add a photo to this gallery
Retrieved from "https://goosebumps.fandom.com/wiki/Nicole_Dicker?oldid=127382"
Community content is available under CC-BY-SA unless otherwise noted.