"Stay Out of the Basement"

"My Hairiest Adventure" is the thirteenth episode of season one of the Goosebumps TV series. It premiered on January 19, 1996 on Fox during the Fox Kids block.

Larry Boyd is having a bad day. He's been chased by dogs, his band sounds pathetic, and his allergies seem to be getting worse. It's not just a bad day, it's a bad hair day. Suddenly he is growing thick, long hair on his arms and legs. Even more troubling, his friends seem to be disappearing. Could that old bottle of Instant -Tan they used could that have something to do with these strange occurrences? Can Hairy Larry get to the bottom of this before he ends up like the rest of his friends: hair one day, gone tomorrow? 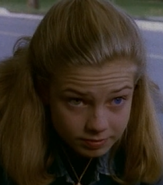 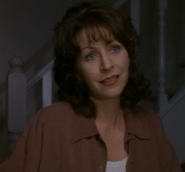 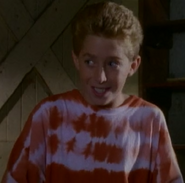 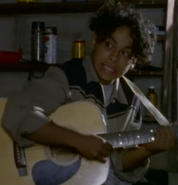 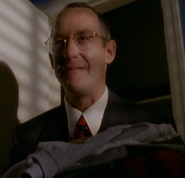 Carl Summers
Add a photo to this gallery

Add a photo to this gallery
Retrieved from "https://goosebumps.fandom.com/wiki/My_Hairiest_Adventure/TV_episode?oldid=126438"
Community content is available under CC-BY-SA unless otherwise noted.