Mummification was a very important tradition in the ancient Egyptian religion as the physical body was thought to be needed in the afterlife. The following list features the process of mummification. 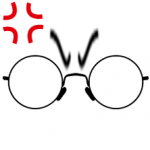