Mr. Freidus is a character in the seventeenth Goosebumps Series 2000 book, The Werewolf in the Living Room.

Mr. Freidus is the father of Aaron Freidus and the sheriff of the small town they live in. Mr. Freidus is an avid werewolf hunter. He is always checking the woods, hoping to finally trap a real live werewolf. And while the townsfolk don't openly mock him due to his position of power, it's Aaron who is usually teased for it. Mr. Friedus takes Aaron with him to the European country of Bratvia, where tales of werewolves are more prevalent. While hunting, Mr. Friedus disappears, causing Aaron to be attacked by a werewolf. Aaron wakes up, not knowing if the attack was real or just a dream, and finding a wolf tooth that is soon fashioned into a pendant.

Mr. Friedus soon finds a man who he believes is a real werewolf, despite no proof to the contrary. The man, a fur trapper named Ben Grantley, pleads to be let go, but Mr. Freidus doesn't believe him and takes him from Bratvia back to their hometown. Meanwhile, Aaron is beginning to feel the effects of the werewolf attack and is turning into a werewolf himself. Back home, Mr. Freidus keeps Mr. Grantley locked in a cage in their living room, hoping to reveal him in a big media event. Aaron, believing Mr. Grantley is telling the truth about not being a werewolf, sets him free. However, soon Aaron is experiencing more blackouts. He wakes up with blood on his clothes and realizes that he's the one who is the real werewolf.

Despite Aaron trying to keep himself locked up, he turns into a werewolf again and breaks free. While terrorizing the school, Mr. Freidus and the police arrive. Before Aaron is shot, Mr. Freidus tells them to stop, noticing Aaron's wolf tooth pendant. This encounter changes Mr. Freidus. He vows to be more attentive and loving to his son. He strikes a deal with the town to keep Aaron locked up in their house and away from the rest of the town. However, more werewolf attacks are reported as it's revealed that Mr. Grantley really was a werewolf. Aaron turns into a werewolf and confronts Mr. Grantley, just as Mr. Freidus and the cops arrive and capture both werewolves. Mr. Freidus decides to let Aaron and Mr. Grantley be studied by scientists to find a cure, when suddenly Aaron bites his father. Mr. Grantley and the Freidus' escape into the forest. Now the three live in the forest and stalk the town, Aaron promising there will be more werewolves soon.

Mr. Freidus is a man obsessed with finding a real werewolf. His obsession gets to the point that he often puts his own son in danger. This obsession also makes him irrational and unwilling to listen to what others have to say. He also is quite intimidating, with nobody in town wanting to mess with him. After seeing what's happened to his son, however, he vows to pay attention to his son and care for him more. 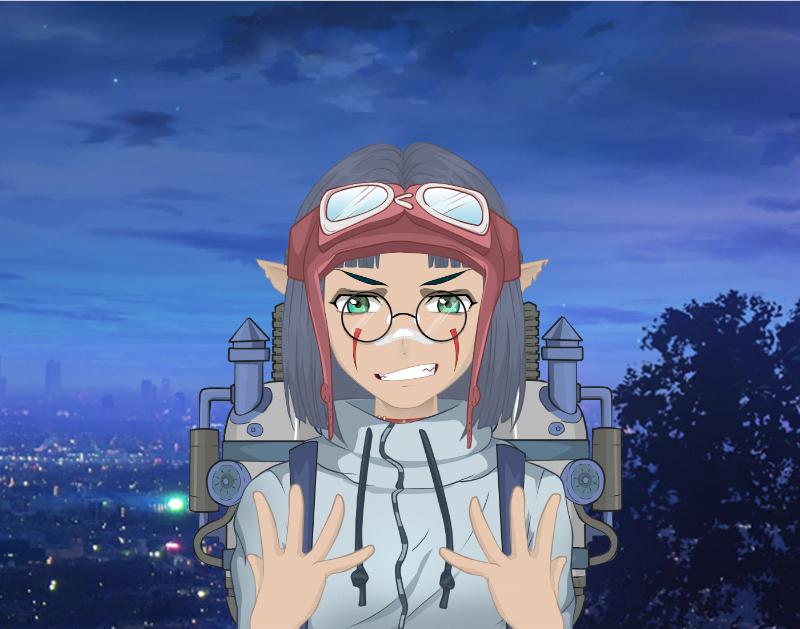