Red
Montgomery "Monty" Adams is the main protagonist in the 6th Goosebumps Series 2000 book, I Am Your Evil Twin.

Monty's father died a month before he was born, leaving him to be raised only by his mother. He was born as the older twin to a girl named Nan. However, Monty's mother couldn't afford to raise both children, so Nan was raised by her uncle, Leo, in Pennsylvania. Meanwhile, Monty was raised in California.

As a zoologist, Monty's mother was required to travel to Borneo for a year, leaving Monty with Uncle Leo and Nan; Monty thinks the girl is his cousin ⁠— but he found out the truth during his stay. Monty started seeing an evil version of himself running around. As Monty learned, Uncle Leo created a clone of himself that turned out to be evil. This clone then created evil clones of Monty.

Monty is embarrassed about his looks, as well as his full name, Montgomery. He claims to hate adventure. He proves to be quick witted when he tricks his clones into fighting with each other.

Monty is described as skinny with red hair and a big nose. 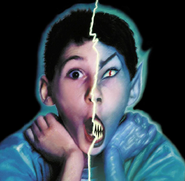 Monty Adams as depicted on the French cover of I Am Your Evil Twin. 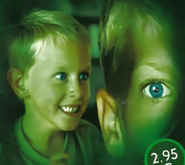 Monty Adams as depicted on the Spanish cover of I Am Your Evil Twin.