"Kruu" is the only thing the Mermaid says, and her favorite food is squids. She acts shy around humans but found a strong friendship with Billy. 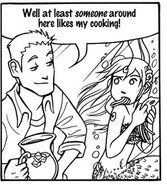 Retrieved from "https://goosebumps.fandom.com/wiki/Mermaid?oldid=130906"
Community content is available under CC-BY-SA unless otherwise noted.