The following is a list of Goosebumps audiobooks. Most of the Scholastic produced audiobooks are available on various streaming and audio platforms, such as Audible and Spotify.[1]

Trade print ad for 'Welcome to Dead House' Audiobook in Billboard Magazine May 31, 1997. 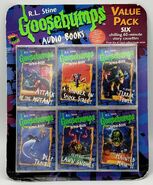 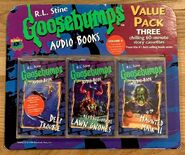 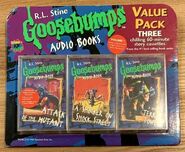 Three Cassettes (front) - Attack of the Mutant, A Shocker on Shock Street, A Night in Terror Tower. 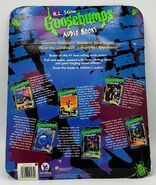 All Six Cassettes (back). 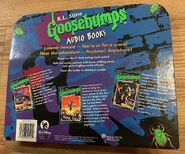 Scholastic released fifteen unabridged Goosebumps audiobooks in 2015 to tie-in with the first Goosebumps film. The covers are based on the Classic Goosebumps series.