How to Kill a Monster is the eighteenth episode of Season 2 of the Goosebumps TV series. The episode aired on Fox during the Fox Kids block on February 1, 1997.

While their parents are away on business in Atlanta, Gretchen and Clark have to stay with their grandparents in Mud Town. Bo-ring! Grandma Rose and Grandpa Eddie are really forgetful—so forgetful that they've gone out for the day and forgotten to warn them that there's a monster locked upstairs! 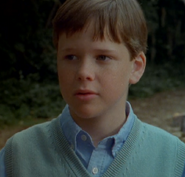 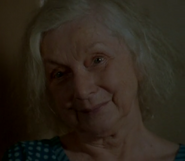 Swamp Monster
Add a photo to this gallery

Add a photo to this gallery
Retrieved from "https://goosebumps.fandom.com/wiki/How_to_Kill_a_Monster/TV_episode?oldid=136760"
Community content is available under CC-BY-SA unless otherwise noted.