Goosebumps Triple Header is a Goosebumps series of two books that contain three stories each. The books are hosted by a three-headed monster, Lefty, Righty, and Slim.

Prior to the release of the first Goosebumps Triple Header book in October 1997, R.L. Stine suggested that the new anthology series had the potential to be the successor to the Tales to Give You Goosebumps series.[1] Stine reportedly finished Book 2 in early September 1997[2] and began writing a third entry a few weeks later.[3] However, this book was never released, possibly due to R.L. Stine's fallout with Scholastic.

The covers for this series were illustrated by Tim Jacobus. The illustration on the first cover was holographic, and the faces would change as the viewer tilted the book. According to Tim Jacobus, there was only one artwork created for the book, and the second "view" was created by the same company that created the 3D effect.

The cover of the second book was almost entirely non-holographic, however, there was one oval of holographic art at the top of the cover. The oval will show a picture of Lefty, Righty, and Slim from one angle and R.L. Stine from another angle.

A third piece of artwork was commissioned from Tim Jacobus; it shows Lefty, Righty, and Slim riding in a car while wearing sunglasses. However, this illustration never ended up being used for a cover or any promotional material. It is highly likely that the piece was intended to be the cover artwork for an unreleased third book in the series. 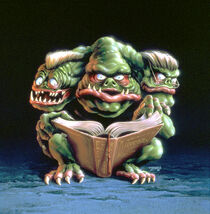 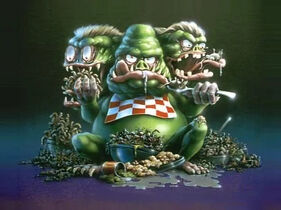 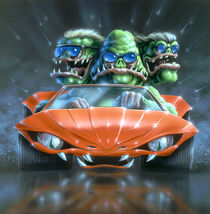 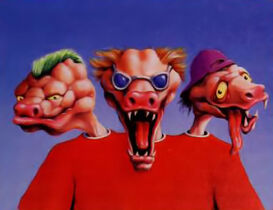 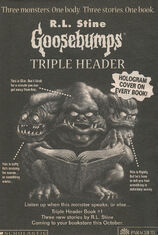 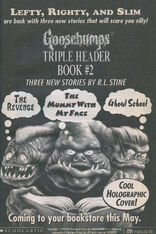