"THIS IS SLAPPY'S WORLD—YOU ONLY SCREAM IN IT!"
―The series' slogan

"The evil dummy comes to life to tell his own twisted tales and scary stories!"
―Official description

Goosebumps Most Wanted
Goosebumps SlappyWorld is the current main series of Goosebumps books written by R.L. Stine. The series focuses on Slappy the Dummy, telling his own "twisted tales and scary stories." Slappy will occasionally interrupt the stories and provide his own commentary.

The series was first announced by R.L. Stine on March 1, 2016, during a small Q&A session on Facebook hosted by the organization Save the Children.[1] Stine later confirmed the series on Facebook in July 2016.[2]

The covers are very similar in design to Most Wanted's covers, with a solid color background presented behind the character. But unlike Most Wanted, some covers feature background elements, such as Revenge of the Invisible Boy having lockers in the back. Slappy's design on the covers and logo is based on his appearance from the film Goosebumps.

1. Slappy Birthday to You

2. Attack of the Jack

4. Please Do Not Feed the Weirdo

6. The Ghost of Slappy

8. The Dummy Meets the Mummy!

9. Revenge of the Invisible Boy

11. They Call Me the Night Howler!

13. Monster Blood Is Back

17. Haunting With The Stars

18. Night of the Squawker

According to Scholastic's website, there will be more than 14 books in the series.[3] In an interview with Stine, however, it was confirmed that he will be writing six additional books, bringing the confirmed total to 20.[4] 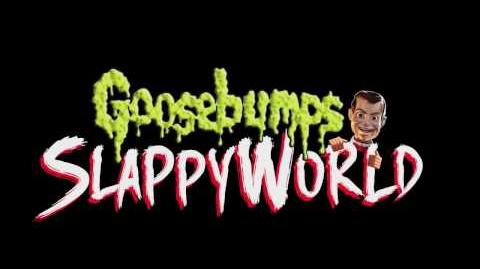 Slappy On Being the Star 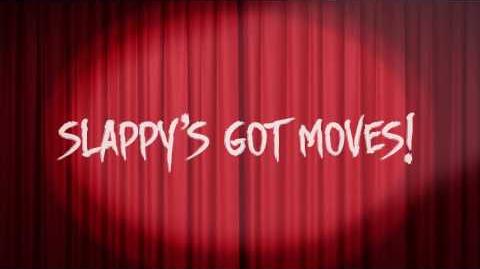 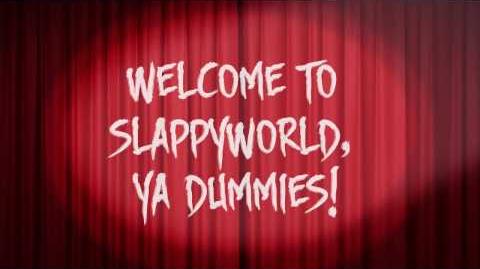 Welcome to SlappyWorld, Ya Dummies!