Goosebumps HorrorLand
Goosebumps Series 2000 is the successor to the original Goosebumps series, written by R.L. Stine. The series debuted in January 1998 with Cry of the Cat, one month after the final book in the original series was published.

Stine has gone on record stating he was contracted to write forty books for the series,[1] meaning fifteen more books were planned after Ghost in the Mirror. However, due to several legal battles with Scholastic and Parachute Press, Stine's contract wasn't renewed and was left to expire, meaning the series had to abruptly come to an end. Ironically, Ghost in the Mirror is the only book in the series to be published in the year 2000.

Series 2000 features sequels to One Day at HorrorLand, Ghost Camp, and two new Living Dummy books. Invasion of the Body Squeezers received a gamebook sequel as part of the Give Yourself Goosebumps series and a sequel to Creature Teacher titled Creature Teacher: The Final Exam was released as part of Goosebumps Most Wanted.

The series is advertised as being scarier than the original Goosebumps books, with the taglines boasting: 2000 times the scares!, and Welcome to the new millennium of fear! This and the new cover style were done as an attempt to make the series more appealing to older readers, specifically 12 year olds.[2] The series also aimed to try new things that were never done before in the original series, such as prologues in the books Creature Teacher and Brain Juice, as well as Invasion of the Body Squeezers being a story split across two books.

As with the original series, a majority of the books are written in the first person, with the exception of Brain Juice, Scream School, and Slappy's Nightmare, which are written in the third person. Additionlly, Earth Geeks Must Go! is the only non-gamebook Goosebumps book to be written in present tense.

For international releases, please click on one of the following:

2. Bride of the Living Dummy

4. Invasion of the Body Squeezers: Part 1

5. Invasion of the Body Squeezers: Part 2

9. Are You Terrified Yet?

11. Attack of the Graveyard Ghouls

17. The Werewolf in the Living Room

18. Horrors of the Black Ring

Of the fifteen planned books, only two are known.

The title The Incredible Shrinking Fifth Grader was revealed online in 1998 and was set to be published in 2000 as the twenty-sixth book in the series. But due to R.L. Stine's contract with Scholastic expiring, its release as a Series 2000 book was canceled. Stine would repurpose the book and publish it as a standalone book with the new title of The Adventures of Shrinkman shortly after Series 2000 ended.[3] The unused cover for The Incredible Shrinking Fifth Grader was released in 2017,[4] followed by early concept art featured in The Art of Goosebumps in 2021.[5]

A twenty-seventh book titled When the Snake Bites was also planned for release in 2000, but was canceled for similar reasons. But unlike the former book, a story and cover were never made for it. A book released by Stine in 2000 called The Creatures from Beyond Beyond features a snake-like monster on the cover, but the creatures in this story are only compared to snakes a single time throughout the book, making any connection highly unlikely. A Goosebumps book featuring snakes titled Welcome to Camp Slither was released as a Goosebumps HorrorLand book in 2009, but it's unknown if any ideas for the Series 2000 title were ever used.

Like The Adventures of Shrinkman, it's possible that Stine's remaining standalone novels from that time were also repurposed Series 2000 books. These books were The Creatures from Beyond Beyond, Three Faces of Me, My Alien Parents, Zombie Town, and The 13th Warning. Though, nothing has been confirmed.

Cry of the Cat and Brain Juice's title were originally conceived during the original series.[6][7]

Some books went under working titles before a final name was decided. When Stine revealed Attack of the Graveyard Ghouls online in early 1998, he simply refered to it as Graveyard Ghouls.[8] And perhaps most infamously, when Earth Geeks Must Go!'s cover was revealed online it weny by the title of Earth Geeks Must Die!. A lesser known version of the title was reported by one site in December 1998 as Space Geeks Must Die!, a full year before the book's release.[9] Even more obscure is the title Escape from the Armpit Planet, which Stine revealed in March 1998.[10] During the same month Stine revealed the title The King of Horror, which was a working title for Scream School.

Three Series 2000 books have been reprinted so far. Attack of the Graveyard Ghouls and The Haunted Car were rereleased on April 28, 2015, with new covers as part of the Classic Goosebumps series, followed by Bride of the Living Dummy on July 31, 2018.

As with the oirignal series, some Series 2000 books were included in four book boxed-sets when the series was still in print.

The art and cover style for Series 2000 greatly differs from the original series. The uniform slime look was completely removed, and the Goosebumps logo was modified to be slightly slanted upwards. Unlike the original series covers where only the logo was raised, the entire Series 2000 covers are raised. The synopsis for the story on the back cover was also removed, replaced with a quote from the book itself. On the back cover of some books in thie series, there's a sticker that reads, "GUINNESS WORLD RECORD—Biggest-selling children's book series ever!" And similar to Goosebumps Triple Header, the first letter of each chapter is enlarged.

In May 1998, Scholastic partnered with Oscar Mayer to put out Series 2000 themed Lunchables. Each Lunchable featured a chance to win a trip to New York to meet R.L. Stine and help him write a Series 2000 book. The winner is also said to receive a limo ride, $2000 shopping spree, and a "special edition" short story by Stine. Additionally, anyone who sent three proofs of purchase and spent a $6.50 fee would receive a Gooebumps™ 2000 Secret Booksafe. A commerical promoting the sweepstakes aired on televison. It is unknown if there was ever a winner and it's unknown what Series 2000 book was apart of the sweepstakes.

The same year, Scholastic and General Mills teamed up to make Goosebumps Series 2000 themed Count Chocula cereal. The back of the box contained a sneak peak of Invasion of the Body Squeezers: Part 1 and Invasion of the Body Squeezers: Part 2, as well as an offer for a Series 2000 themed baseball cap. The side of the box advertises the Series 2000 fan-club. Similar to the Lunchables promotion, a commercial aired on television to promote the cereal.

Both brand tie-ins refer to the series simply as Goosebumps 2000. These tie-ins and fan-club items are the only known American merchandising with Series 2000 branding in the 1990s. Seventeen years after the series' run ended, Creepy Co. released a Attack of the Graveyard Ghouls button pin in 2017. 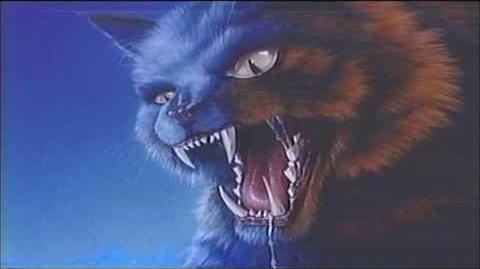 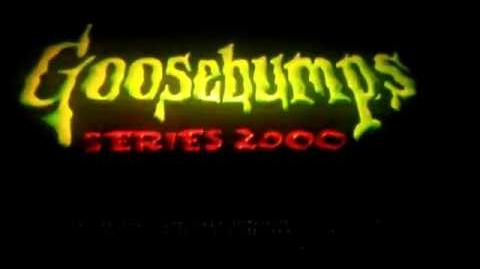 Two books in the series received television adaptations as part of the Goosebumps TV series, with the first being "Bride of the Living Dummy", which aired during the show's third season the same month the book released in 1998. A two-part episode based on "Cry of the Cat" aired eight months later during the show's forth season on October 31, making it the only episode on the show to air on Halloween.