58 (multi-part episodes counted as one)

"Viewer beware, you're in for a scare!"
―The series' slogan

Goosebumps is a horror anthology TV series based on (and named after) R.L. Stine's best-selling book series Goosebumps. The series ran from 1995 to 1998, and lasted four seasons. It originally ran on Fox Kids and YTV it is currently available for streaming on Netflix (US, UK and Canada only), and the complete series is available on iTunes internationally.

The intro to season three is different from the previous two seasons. It starts off with a man in black holding a briefcase, but, when the briefcase opens, Slappy's laugh is heard. Then lightning shoots out of the case, and the man turns into a hoard of bats. It then switches to a compilation of clips from different episodes, ending with Slappy saying "Viewer Beware, You're in for a scare", and ending with the title "Ultimate Goosebumps". Season three is the only season to use the Ultimate Goosebumps title card.

The main composer for the TV Show was Jack Lenz. Tracks from the TV series' soundtrack were uploaded to YouTube from March 2017 - April 2018, provided by Lenz Entertainment and Youch! Films.[1] The tracks were officially released by Jack Lenz on all digital formats in 2022. 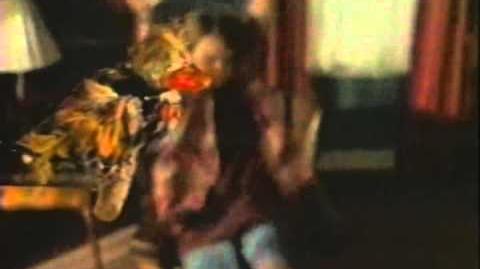 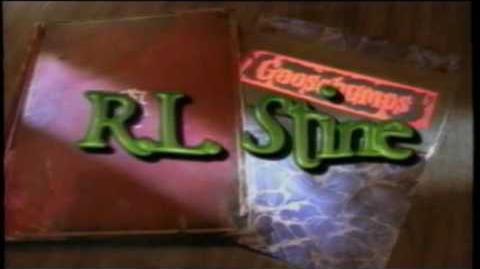 Goosebumps Fox Kids Watch With A Friend Promo TV Commercial-0
Fox Kids ad from 1995. "Watch it with a friend." 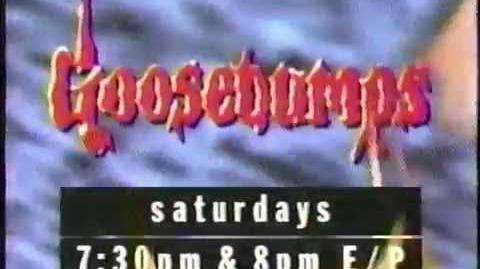 YTV Goosebumps promo (1997)
YTV ad. "The Phenomenon of the decade!" 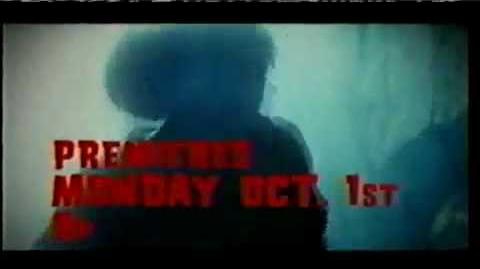