"You Can't Scare Me"
"Go Eat Worms" is the sixth episode of season two of the Goosebumps TV series. It premiered on September 28, 1996 on Fox during the Fox Kids block.

Todd Bastrow is obsessed with worms. He loves to carry them around and torture his sister with them, dropping them into her long hair. That is until Todd's worms start playing tricks on their own. Suddenly, worms are making appearances in the most unlikely places—in his bed, in his homework, and worst of all, in his spaghetti! It's enough to make you squirm! 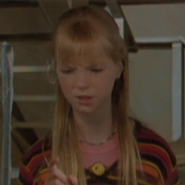 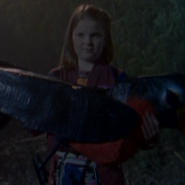