Fox Kids is a former television programming block of kids shows that aired weekday afternoons and Saturday mornings on the Fox Television Network that spanned from September 6th, 1990 to September 7th, 2002. The block, famous for airing popular shows like Animaniacs and Power Rangers, was also the block where the Goosebumps TV series premiered new episodes for its United States broadcast until the series ended production in 1998.

The first episode of Goosebumps, "The Haunted Mask", premiered on Fox on October 28th, 1995 on its primetime slot as a special Halloween event. This also was the premiere of the TV series. "The Cuckoo Clock of Doom", which premiered on November 3rd, 1995, was the show's debut on its regular rotation on Fox Kids. The show aired regularly on Saturday mornings, but would often be moved to the weekday afternoon block, or Friday afteroons specifically. Several of the two part episodes premiered on primetime on Fox, including "The Haunted Mask II", which featured R.L. Stine appearing during every commercial break to ask Goosebumps trivia questions to the audience. Other episodes to premiere on the prime time slot were "A Night in Terror Tower" and "The Werewolf of Fever Swamp". The show remained one of the channel's highest rated and heavily advertised shows up until the series finale on November 16th, 1998 with "Deep Trouble". Despite the series ending in 1998, the books would still advertise Goosebumps on Fox Kids until the end of 1999.

The first, Slappy's Monster Madness, featured Slappy and other Goosebumps monsters including The Werewolf of Fever Swamp and The Mummy trying to create the scariest monster ever, with special appearances by The Haunted Mask, a Lawn Gnome, Casper the Friendly Ghost, and a dummy version of R.L. Stine. This marathon aired for a week in 1997, during the weekday afternoon slot.

The second, Slappy's Sideshow Saturday, featured Slappy hosting a carnival featuring many different monsters, while showing off many new episodes of other Fox Kids shows. This marathon aired in 1998 during the Saturday morning slot. 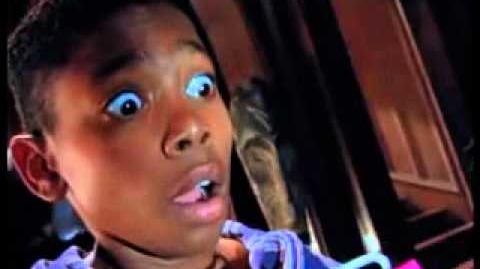 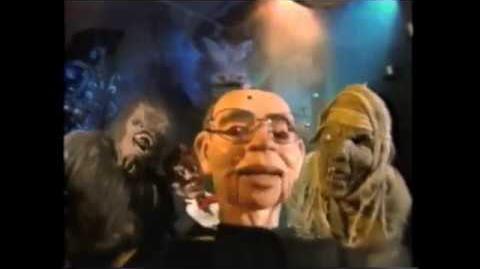 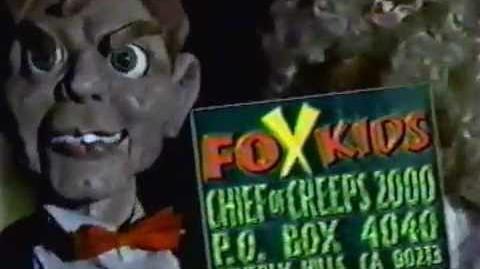 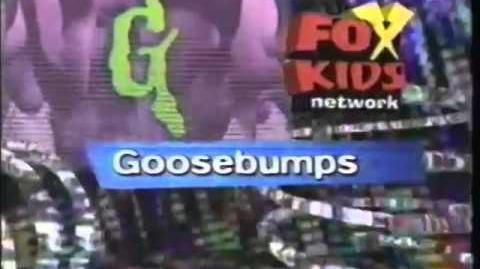 Coming Up Next- Goosebumps (1997)
Community content is available under CC-BY-SA unless otherwise noted.
Advertisement