Not be confused with the Goosebumps HorrorLand book, Escape from HorrorLand.

Escape from HorrorLand is a Goosebumps video game that was released in 1996. It is essentially a point-and-click adventure game with full-motion video sequences and (in some areas) physical model sets for backgrounds. It acts as a sequel to the book, One Day at HorrorLand.

Similar to the Give Yourself Goosebumps books, this game has two possible twist endings.

Lizzy Morris, one of the protagonists from the book, calls the player character to her that night. She says that her brother Luke and friend Clay have suddenly disappeared after a strange bout of supernatural activity in her household. The only clues she has are the HorrorLand tickets they got from their last encounter with the theme park.

Heading back to her house, the tickets suddenly glow and suck the player character and her back to HorrorLand. Stuck there and having no choice, the both of you go in search Luke and Clay in hopes of finding an exit to the haunted theme park. Along the way learning the origins of the park as well as the creator, Madison Storm who built the park based on his own twisted childhood.

After making your way through the park finding Luke and Clay, gathering items to continue, and warding off the monsters that wish to harm you - you make it near the end to discover Madison also kidnapped Mr. and Mrs. Morris (Lizzy and Luke's parents) and wished to destroy the family, both as a spectacle for the monsters of the park as well as revenge for escaping the park the first time and making him look like a fool in front of the monster inhabitants. Clay manages to reach the monster generator, the thing that attracted monsters to the park, and overload it causing the inhabitants to flee. But in the midst of the chaos, Madison grabs the Morris siblings and Clay and ties them up, intending to be blown up along with the park.

A Goosebumps Fan Club ad featured in the credits section. 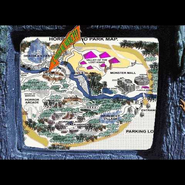 Map of HorrorLand in the game. 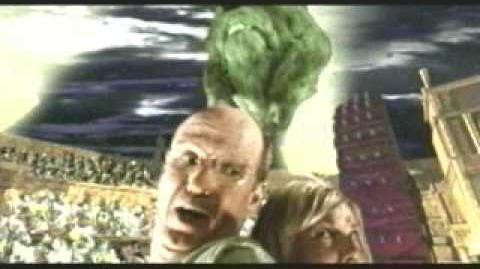 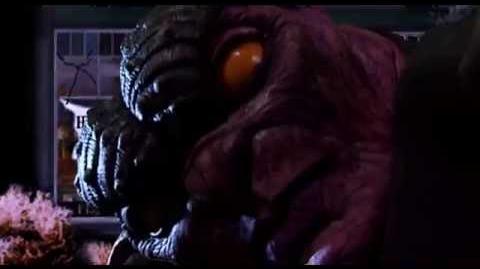 References to other Goosebumps media