The Beast from the East
Egg Monsters from Mars is the forty-second book in the original Goosebumps book series. It was first published in 1996.

The cover illustration depicts a kitchen counter, where an oversized, green egg is sitting in an egg carton. It is cracked open, and yellow slime is pouring out of it. Tim Jacobus’ signature is found on the side of the carton.

WHICH CAME FIRST, THE MONSTER OR THE EGG?

Dana Johnson is constantly annoyed by his younger sister, Brandy. Worst of all, his parents give Brandy everything she wants. When Brandy demands an egg hunt in honor of her birthday and Easter, the Johnson family hosts an egg hunt for Brandy and her friends. Dana and his friend, Anne, decide to join the hunt. While searching, Dana finds a very peculiar egg; it is pale green, with large veins lining the sides. The other party-goers discover that the eggs they're collecting aren't hard boiled. Kids begin throwing raw eggs, and the party ends prematurely. 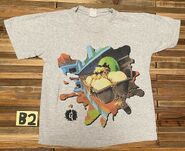 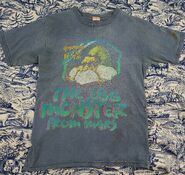 The Egg Monster from Mars T-shirt. 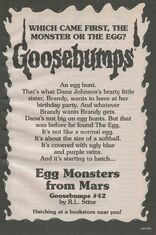 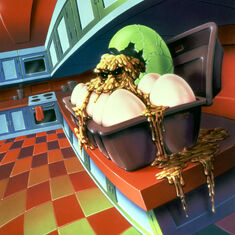 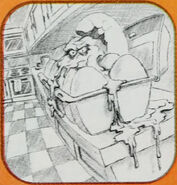 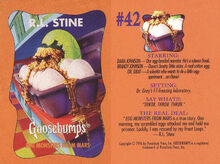