"Don't Go to Sleep" is the fourth episode of season three of the Goosebumps TV series, and the forty-eighth episode overall. It premiered on September 20, 1997 on Fox during the Fox Kids block.

Matt Amsterdam is tired of being only 12. His older brother gets to go out late at night, even though it is a school night. His sister has a personal phone, and even his mom grabs the phone from him. Matt gets really sick of being treated like a child all the time. He asks his mom if he can move his room to the attic for more privacy, but of course, his mom says no to that idea. So when she leaves, Matt sneaks up to the attic and checks out the items there. Then, he lays in an old bed up there, and says to himself, "Reality, who needs it? I hate reality!" Then, he falls asleep, and the bed and the attic seem to spin around until he wakes up the next morning in a new reality.

When he goes downstairs, his sister asks him if she can use the phone, but Matt's mom tells him that it is not her's. His brother tells him that he had a great game last night, and that he did a good job. Matt is confused, but then a phone call interrupts his thoughts, and it is an endorsement offer. His mom tells them that they should leave all endorsement offers to Matt's agent, and to quit calling the house. Right after that, his mom is preparing him to go to his sports tournament against the Panthers, and Matt is so confused, and he finds out that it is a professional hockey sports team that he's been involved in for quite a while now. The coach keeps criticizing Matt and calling him names. Then two men come up to him, and they tell him that he doesn't belong there. Then, Matt jumps into a goal, and red and orange colors swirl about, and he is warped into another reality.

This time, two other people are looking down at him, and they address him as Dr. Amsterdam. They tell him that he has to perform a very delicate brain surgery on the U.S. President. (The president is not identified as anyone in particular.) One of the doctors give him a razor cutter, and they keep telling him to start the operation. Then the two men (also known as the Reality Police) come back to get Matt. Then, he jumps away from them and warps into another reality.

Here, he finds himself in a strange building with metal pipes and tubing. He calls out for someone, and then three men come and tell him that he must defuse a bomb from exploding, and he has to cut the right wire. He only got 20 seconds until detonation, and he has no idea which wire to cut. Then, he tells them to cut them all, and he jumps and warps into another reality. He lands face down in the grass with a nice black suit. He gets up and sees that he is at a wedding and that he is the groom to a horribly ugly bride, who eats an onion right in Matt's face. She tells him that she has been waiting for so long. The Reality Police tell him that he won't get away this time. He screams and is then transported to the last reality.

He is in a dark building, and he reads a sign (which is the only thing actually lit up, except for a spotlight on himself). The sign reads 'Supreme Court of the Unified Universe'. He then hears voices from his previous realities, until the two Reality Police come up to him and tell him who they are. Then, Matt gets pushed into a chair and is swung into the court building. There, the judge accuses him of hating his old reality, and then calls him guilty and sentences him to jail. Then, he spins around in the red and orange swirl once more and wakes up in the old bed in the attic.

He comes downstairs and tells his mom that he loves his real reality and that he wants to live under the attic from now on. Then, his mom tells him to go get his comic book and flashlight from the attic. When he gets there, Matt remembers how boring his real life really is, and he says that he's back to his boring old reality again. Then the two Reality Police come back and say "Boring- Oh, Matt, the fun's just beginning!" Then the attic door slams shut, and the men laugh maniacally. 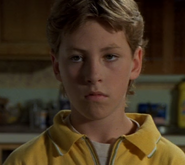 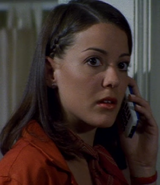 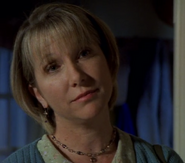 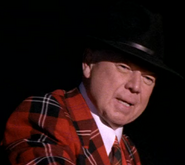 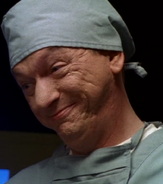