"Click" is the fifth episode of season three of the Goosebumps TV series, and the forty-ninth episode overall. It premiered on September 27, 1997 on Fox during the Fox Kids block.

A teenage boy named Seth Gold mail orders a new remote control, the Verona XG-20 Universal Remote, which works on both his stereo and television, while his younger sister disapproves this. Then, when his younger sister starts to annoy him by practicing her dancing class in the room Seth is in, he jokingly points the remote at her and hits the PAUSE button. Much to his amazement, she really pauses! Beyond that point, Seth receives specific, and often immediate, instructions tailored to the situation he is addressing (including one by Tony Hutchins, the spokesman of Armchair Electronics, indicating that the remote "is not a toy!").

Undeterred, Seth begins to test out the remote in other ways, such as changing the color contrast of his fish, rewinding and fast forwarding people, and retaliating against the school bully by changing the channel on him, all the while ignoring Tony's repeated warnings. Seth shows his best friend Kevin the remote, who thinks that it is cool, until Seth uses it to cheat on a test. Kevin objects to Seth misusing its powers, but Seth doesn't listen.

Later on, Seth pauses his whole family, so that they can stop nagging at him for fighting his sister over the remote. But then remote begins to malfunction (due to Seth dropping the remote during a struggle with his sister) and he cannot un-pause his family. Seth and Kevin initially try going to Armchair Electronics for help, but they can't contact nor locate the company. As a last resort, Seth fixes the remote himself and manages to un-pause his family, much to their relief. Kevin suggests that they should throw the remote away, as it is too dangerous. That night, Seth and Kevin throw the remote in a trashcan. However, as soon as Kevin leaves, Seth goes back to retrieve the remote.

The next day, after noticing that Seth still has the remote, Kevin decides to forcibly take it away from him, but Seth literally stops him. The remote starts to malfunction again, and Seth presses random buttons, hoping that one would work against his friend even after dismissing one of Tony's repeated warnings and treating it as a nuisance. Finally, he pushes a button (POWER) and the world around Seth suddenly disappears, leaving him in an empty black void. Seth notices that remote ran out of batteries. He then sees Tony in the void with him and pleads for help from him. But the spokesman merely repeats that he warned him that the remote wasn't a toy and leaves the boy to his fate. 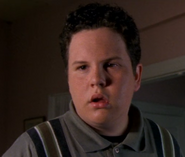 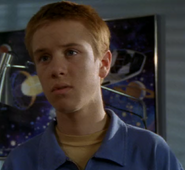 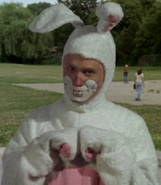