Be Careful What You Wish For

"The Werewolf of Fever Swamp"

"Attack of the Mutant"

"Be Careful What You Wish For" is the first episode of season two of the Goosebumps TV series. It premiered on August 10, 1996 on Fox during the Fox Kids block.

Samantha Byrd is the class klutz and laughingstock of the girls’ basketball team. And that rotten Judith Bellwood isn't making her life any easier by teasing and humiliating her in front of the whole class every chance she gets. But now, Samantha has found someone who will grant her three wishes giving her the chance to make Judith her friend. But be careful what you wish for . . . now Sam's wishes are turning her life into a living nightmare!

Bobby
Add a photo to this gallery 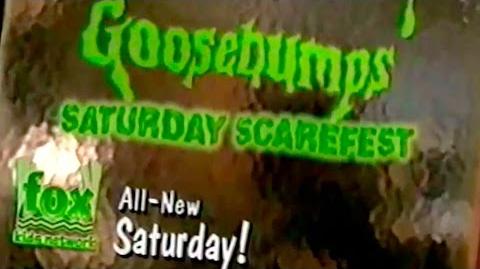 Retrieved from "https://goosebumps.fandom.com/wiki/Be_Careful_What_You_Wish_For.../TV_episode?oldid=149729"
Community content is available under CC-BY-SA unless otherwise noted.