Attack of the Mutant (TV episode)

"Be Careful What You Wish For"

"Attack of the Mutant" is the second and third episode of season two of the Goosebumps TV series and the twenty-first and twenty-second episodes overall. Part one and part two premiered on September 7, 1996 on Fox during the Fox Kids block.

Skipper Matthews has an awesome comic collection. His favorite is The Masked Mutant, the story of an evil, power-mad super-villain, who is out to gain control of the universe! One day, while lost in a strange part of town, Skipper discovers a building that mysteriously resembles the Mutant's secret headquarters . . . a building that magically disappears. . . . 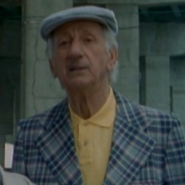