Attack of the Jack-O'-Lanterns is the tenth episode of Season 2 of the Goosebumps TV series. The episode was based on the Goosebumps book of the same title. The episodes aired October 26, 1996 on Fox during the Fox Kids block. It was directed by William Fruet.

Drew and Walker are dreading this Halloween, because every year Lee and Tabby play some mean trick on them. But this year will be different! Drew and Walker's old friends, twins Shane and Shauna, are coming for a visit and the four of them have devised a spooky plan sure to terrify Lee and Tabby. But this time, everyone's in for a scary Halloween surprise! 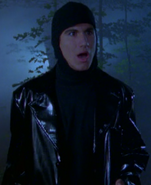 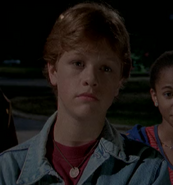 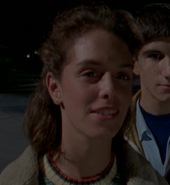 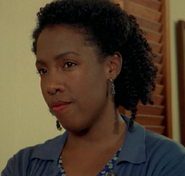 Mr. Brockman
Add a photo to this gallery

Retrieved from "https://goosebumps.fandom.com/wiki/Attack_of_the_Jack-O%27-Lanterns/TV_episode?oldid=136753"
Community content is available under CC-BY-SA unless otherwise noted.