Goosebumps Wiki
Register
Don't have an account?
Sign In
Advertisement
in: Books, Goosebumps SlappyWorld, Books Released in 2017,
and 13 more

Attack of the Jack!

Attack of the Jack

I Am Slappy's Evil Twin
Attack of the Jack! is the second book in the Goosebumps SlappyWorld book series. It was published in 2017.

The cover illustration depicts Captain Jack the Knife showcasing a gleaming, gold hook, while many gold coins are flipping in the air.

Violet and Shawn Packer have been sent out to sea. Well, more like sent out to visit their uncle Jim, who lives near the ocean. He's an old admiral who sleeps in a lighthouse with his cat. But Violet and her brother realize quickly that the lighthouse is full of Admiral Jim's secrets. Like a door he tells them never to open. A treasure chest that is full of the strangest items. And Captain Jack, who is absolutely not what he seems. Will Violet and Shawn survive the open water and make it back home where they belong?

Violet and Shawn Packer arrive at Sea Urchin Cove, and they eat out at a restaurant called The Whistling Clam. When Violet tells the waitress they were staying with their Uncle Jim Finnegan, the waitress tells them not to go there and go back home. They arrive at their uncle's house, where they see a black cat, but the cat starts talking. She was calling Admiral Jim. Jim appeared, and gives them a hug. At dinner he tells the story of how his cat, Celeste, is able to talk.

There was a man named Danny Lubbins, whose ship sank. He was stranded at sea with the black cat for 300 days, and to keep himself from going mad, he taught the cat how to talk. They spotted land, but only Celeste made it, and Danny died. Before Violet and Shawn go to bed, they explore their uncles knickknacks and fake treasures, but then Jim tells Violet and Shawn to stay away from the forbidden room.

Slappy the Dummy interrupts the story, and asks the reader if they think the story is starting to get scary.

The next morning, after their lobster omelet breakfast, Jim leaves the house, and while gone, Violet and Shawn sneak into the forbidden room. They find a chest full of jack-in-the-boxes, each one played Pop! Goes the Weasel!. As they turn each crank, Celeste comes in, and tells the children she is going to tell Admiral Jim on them. They open the last one anyway, but it doesn't play the song the others were. It sounds eerie, like horror movie music, then a loud deafening explosion occurs.

Out pops Captain Jack the Knife and his crew, a female pirate named Mad Madeline, a chimpanzee named Chuckles, and a two headed pirate named Salty and Pepper Magee. The kids discover that their uncle has turned into a jack-in-the-box. The jack-in-the-boxes all step out of their boxes and grow life size. The kids flee, but the pirates catch up. Jack tells Violet and Shawn his canary named Captain Pip is trapped on Clam island, and tells them he wants Violet, Shawn, and his crew to get the bird back. If the pirates get the bird back, they would go back in their boxes and Jim would turn human again. As they get on the ship, The Jolly Sea Scab, Celeste whispers to Violet not to go that ship.

The ship ride to clam island is a nightmare. Salty and Pepper keep arguing with each other, Madeline keeps making bad jokes, and Chuckles is stirring the ship. Then, suddenly, the ship starts sinking, and they lose their map. Chuckles takes the only life boat, and Violet and Shawn plummet into the icy cold ocean. As hope seems lost, Madeline, Salty and Pepper reveal that they had a raft the whole time. They get on board, and Madeline attempts to shoot a flame pistol in the sky, but the pistol is wet. Luckily, another pirate ship comes, and it almost crashes them.

Slappy interrupts again, and says he hates it when ships do that.

This ship belongs to a pirate named Captain Billy Bottoms. They are glad that they were rescued, but then it turns out that Billy rescued them so he can have them as slaves, working on the nearest island, picking bananas. While there, Madeline gives a signal, and Violet and Shawn run for it, but they land in a banana cart filled with tarantulas. They get out and see two girls about Violet's age. They tell Violet and Shawn they are on Clam Island.

Violet and Shawn then find the canary. They and the two pirates sneak on Billy Bottom's ship, who isn't there because he was still on the island looking for his prisoners. They escape the island with Captain Pip. When they arrive home, they give the canary to Jack the Knife, but he says it was the wrong bird. But he accepts it. However, he tells Violet and Shawn that he was not going to bring Jim back; he was going to leave him a toy forever. Violet says, "But you promised!" Jack then says he gave a Pirates Promise, which is worth nothing.

As the pirates surround Violet and Shawn, the ghost of Danny Lubbins comes in the room. Jack the Knife begins shaking in fear. He says he is afraid of ghosts, so Jack and his pirates shrink to toy size and go back in their boxes, turning Jim into a human again. The ghost of Danny Lubbins takes Celeste, and thanks the children, then vanishes with the cat. When Jim wakes up, he talks to Violet and Shawn like the whole thing never happened, though it certainly did.

Slappy concludes the story, jokes about Jim, talks about how him and Jack the Knife have much in common, and wraps up the story.

On July 31, 2016, R.L. Stine announced on Twitter he was writing a new Goosebumps book titled "Jack Attack".[1] The book was officially confirmed in November 2016 as "Attack of the Jack", which lacked the exclamation mark present in the final version[2]. The cover was revealed the next month later. Brandon Dorman originally made the background of the artwork green, but it was changed to red in the printed version.[3] 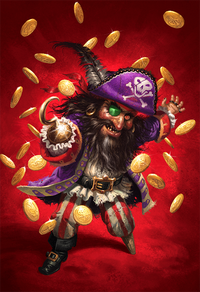 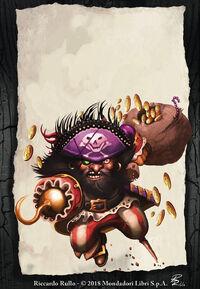