A Night in Terror Tower is the twenty-seventh book in the original Goosebumps book series. It was first published in 1995. It was followed-up by a sequel titled Return to Terror Tower, which is the second special edition in the Give Yourself Goosebumps gamebook series.

The illustration shows the Lord High Executioner coming down a flight of stairs holding an axe.

All Locked Up and No Place to Go!

Board game based on the book 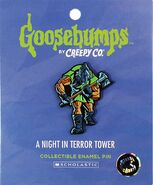 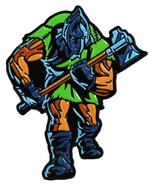 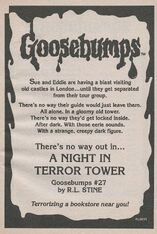 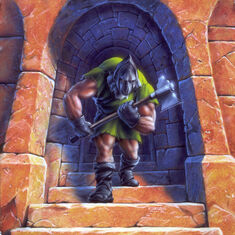 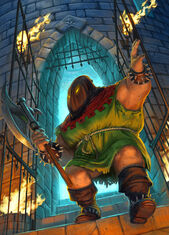 Retrieved from "https://goosebumps.fandom.com/wiki/A_Night_in_Terror_Tower?oldid=127204"
Community content is available under CC-BY-SA unless otherwise noted.