In honor of the 20th anniversary of the announcement of Goosebumps Gold (which is next month), I figured I'd reach out to Tim Jacobus for further comments about the series. Here's what I learned:

Well, me and Tim have got you covered! (no pun intended) 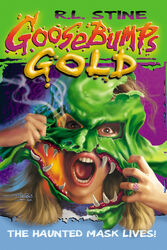 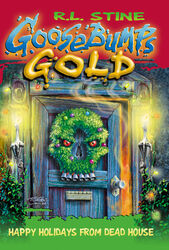 Aren't they beautiful? They're pretty unique cover designs, I must say, with the contrasting colors and all. These mock-up covers added a mysterious mist to both artworks and they were created on January 31, 2000. Interestingly enough, Tim also created the cover design and logo. So everything on the covers are 100% made by him, which I think is pretty cool. I asked Tim if he made these covers just for fun, to which he replied "I’m pretty sure I was commissioned for the logo and mock up."

So there you have it. Some new insight about the covers + the official mock-up covers released for the first time. Hope you enjoyed!

THML! is a pretty cool cover, but the HHFDH cover template isn't my cup of tea.

Either way, getting these covers out in the open is awesome!

I hate to break it to you, but the mist doesn't really have a color.

(edited by GoosebumpsArt)
0
Mikel6718 wrote:
These are great! I wish these books were released. Not for content - for the covers.

GoosebumpsArt wrote:
Either way, getting these covers out in the open is awesome!

The best part is I didn't even ask for them lol

GoosebumpsArt wrote:
I hate to break it to you, but the mist doesn't really have a color.

(edited by GodzillaFan1)
0
GoosebumpsArt wrote:
THML! is a pretty cool cover, but the HHFDH cover template isn't my cup of tea.

I don't mind it as the red and green are usually considered holiday colors.

Man, imagine if HHFDH was released? At least we'd have another Christmas book. I'd love to see what Stine would've come up with for Christmas (unless it's Young Scrooge).

These mock-up covers are some of the greatest I've seen. It's a shame they've been hidden for so long.

Is is strange that I prefer the low-res mockup that I found on eBay a while ago? Idk... looking at it up close makes the cover designs almost look cheap. Can't be bothered to find the original image to compare differences, though.

Now that I think about it, I think ur right and I totally agree. I mean, you expect GB Gold to look more opulent, and Stine's name, the fonts, the design and the logos look kinda eh compared to the OG series.

I think my problem is that it doesn't look or feel like Goosebumps at all. Goosebumps has a really stark, saturated and clean 90's aesthetic. This design is resemblant of those crappy direct-to-dvd rip-off movies you see in two-dollar shops.

(btw, I'm talking about cover design. I actually really like the artwork.)

And yeah, considering the title being Goosebumps Gold, it does seem like it should be more precise and refined. This is Goosebumps Copper at best.

I don't know, I kinda like how weird they look and the ripped-paper ashtetic they have going on. But I agree, the title "Goosebumps Gold" doesn't fit the design.

What do you think?